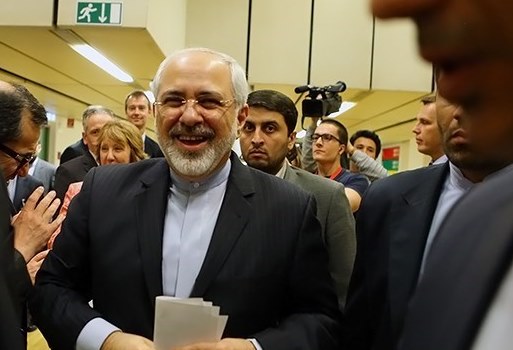 Iran and the P5+1 group sealed an interim deal in Geneva on November 24, 2013 to pave the way for the full resolution of the West’s decade-old dispute with Iran over the country’s nuclear energy program. The deal came into force on January 20.

Under the Geneva deal, dubbed the Geneva Joint Plan of Action, the six countries have undertaken to provide Iran with some sanctions relief in exchange for the Islamic Republic agreeing to limit certain aspects of its nuclear activities during six months.

“We believe three months is enough to reach a final deal provided that all sides enter negotiations with good will. Yet if it takes longer, it will be neither a disaster nor unexpected,” Zarif told Iranian reporters in the Austrian capital, Vienna on Wednesday.

The top Iranian diplomat said that Iran and the P5+1 group have reached the half-way mark toward a comprehensive agreement, adding that “Over the past three months, the entire issues, considered by the two sides, were taken into account.”

Zarif went on to say that experts from the two sides are set to “discuss the ways of implementing the first phase of the Geneva Joint Plan of Action.”

The latest round of high-level nuclear negotiations between Iran and the five permanent members of the UN Security Council — the US, Britain, Russia, France and China — plus Germany ended on Wednesday in Vienna.

The two sides have agreed to resume their negotiations on May 13.