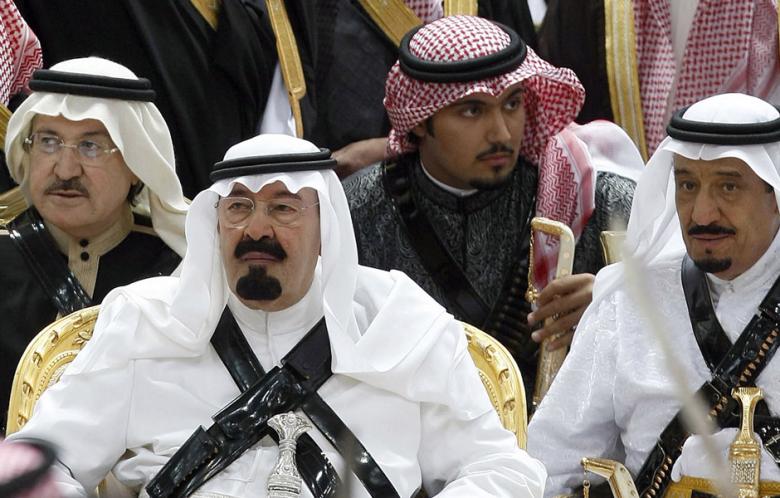 Thaw in Iranian-Saudi relations pacifies Lebanon, but what about Syria?

The preliminary success of the security plan in north Lebanon, following the appointment of the new government, poses several questions about whether it was the result of a local agreement or a reflection of regional breakthroughs. According to information obtained by Al-Akhbar, the tension between Iran and the Saudi Kingdom are expected to thaw in the event that preliminary contacts lead to an agreement on some common points. If this succeeds, the security situation would be likely to calm down in Lebanon and a consensus on the next president could be reached. However, the situation related to Syria is still complicated, but not impossible to fix.

General Secretary of Hezbollah Sayyed Hassan Nasrallah made serious points in his interview with As-Safir. It would take days to explain all the hints and announcements mentioned in his interview. With his usual rigor, Nasrallah drew a roadmap of present and future prospects for the resistance axis. He said he supported reconciliation between Saudi Arabia and Iran, despite the “negative” role the Saudis are playing. This coincided with the announcement of Interior Minister Nouhad al-Machnouk about the imminent return of the Saudi ambassador to Lebanon following the preliminary success of the ongoing security plan. The success of the plan stems from the Iranian-Western rapprochement and extends to Iran and the Saudis.

What’s in the details?

To help the Syrians end the war, there should be an agreement between the Saudis and the Iranians.

There is talk about a preliminary meeting away from the spotlight between the Iranian and Saudi leadership. Some speak of more than one meeting but it is in both parties’ interests not to publicize the matter before an amiable atmosphere is reached. Saudi and Iranian contacts are still testing the waters. Currently, there are no breakthroughs on the controversial subject of Syria. However, the fight against terrorism is everyone’s priority right now.

The Saudi decision to include the Muslim Brotherhood (MB) on the list of terrorist organizations was notable. It not only helps Abdel-Fattah al-Sisi strengthen his grip on Egypt, but also weakens the MB in Syria. Some observers even believe that Iran preserving its links with the MB might end up helping the Saudis. Tehran could play a pacifying role or act as a mediator. This would be bolstered as the Iranian-Egyptian reconciliation moved forward. Without this regional environment and its positive signals, it would have been impossible to form a government in Lebanon, agree on a security plan, and enter areas that had been impenetrable in the past, like Bab al-Tebbaneh and Ersal.

The green light for the security plan was given by former Prime Minister Saad Hariri to army commander Jean Kahwaji during one or several phone calls. Regionally and internationally, takfiris and extremists are now outcasts. Saudi’s decision to fight them and the several US decisions in this regard does not leave the Future Movement many options. The Future Movement itself is sensing a threat to its future from the leaders of the takfiris. The Saudi decision also showed an affinity with Hezbollah’s view of those groups. “I believe that these steps have been influenced by the Saudi decision in one way or another,” Nasrallah said in As-Safir’s interview on Tuesday.

Hezbollah and the rapprochement

Both the Iranian and Syrian leadership concur on delegating Lebanese affairs to Nasrallah and they agree on whatever he decides. This is what actually happened during the formation of the government. Although former Prime Minister Najib Mikati had been the best option in the past two years for Hezbollah’ side, President Michel Suleiman had almost turned the tables. As Suleiman attempted to form a de facto government, Hezbollah began sensing the threat. It had three choices: confront the [prospective] government with a popular and military mobilization in Lebanon, which was on the table, remain silent, or transform the confrontation with Sleiman into an opportunity.

It is well-known that Hezbollah always has three plans. The first is against Israel and it does not move in any other direction, which is beneficial for Lebanon and unfortunate for Israel. The second is to protect all the areas affiliated to Hezbollah, Beirut, Dahiyeh, the south, and Bekaa. The third plan is for Syria.

As the threat of terrorist acts and bombings increased, the government had to act. However, Mikati’s government, acting alongside Hezbollah, entailed two threats. On one hand, it could fall into the trap of confessional strife, whose threads are pulled by many internal and external actors. On the other, communications and supply routes could be severed if the roads from Bekaa to the South and Beirut are blockaded.

It was important for Future Movement’s leadership to act responsibility in its constituencies. The consensus on Nouhad al-Machnouk for interior minister and Ashraf Rifi for justice minister was appropriate for the situation. Opting for Machnouk over Rifi was related to

Hezbollah’s decision to support General Michel Aoun for the presidency is final. Aoun stood by Hezbollah and Syria in the most difficult circumstances and they would not nominate anyone else

Rifi’s links to the armed gunmen in Tripoli. It is certain that neither Iran nor Syria were involved in the new government’s formation, which seemed to have answered the efforts of the US, Europe, and the Saudis. The head of the National Struggle Bloc, MP Walid Jumblatt, played an important role as a middleman between current Prime Minister Tammam Salam, the US, and Hariri. March 8 sources speak about Jumblatt holding secret meetings in Istanbul, but he vehemently denies this information.

All the countries that helped Salam were awarded with a formidable government. However, Hezbollah gained the most from the new government. Its former adversaries are now sitting alongside its representatives. They avoided civil strife and and the prospect of future car bombings. Their adversaries were transformed from front commanders and armed fighters in Tripoli into outlaws and fugitives. It also continued to fight in Syria, disposed of the condition of handing in its weapons, and disarmed their enemies.

What about the future?

Hezbollah and its allies in Syria and Iran feel that they are making strategic gains in the region.

There is no doubt that the battle in Syria remains fierce. However, the Syrian army and Hezbollah have enough military details to confirm that ground is being gained to their favor on a daily basis. The biggest goal remains the control of eastern and western Ghouta. Many takfiri commanders were killed there, but the main battlefront had to be switched to Qalamoun due to the increase in car bombings in Beirut’s southern suburbs. Deraa is not as important as some claim and Kassab will be reclaimed sooner or later. Aleppo is a strategic objective and will hopefully be reclaimed before the presidential elections, but the situation there is still complicated.

Nasrallah is convinced Assad will remain and that he will run for elections and win. This would be important. However, the most vital question is when will the war end? To help the Syrians end the war, there should be an agreement between the Saudis and the Iranians.

Aoun for the presidency?

Hezbollah’s decision to support General Michel Aoun for the presidency is final. Aoun stood by Hezbollah and Syria in the most difficult circumstances and they would not nominate anyone else. Syria supports what Nasrallah wants and is grateful for their support after they had been enemies. But the main question for Hezbollah’s is will the Future Movement agree for Aoun to return to Baabda? What could Aoun give the Saudis and its allies in return? Aoun has the answer, of course, and there are rumors about contacts made by Lebanese Foreign Affairs Minister Gebran Bassil with the US, Saudi Arabia, and other Gulf countries.

The biggest breakthrough would be if Hezbollah and the Future Movement agree on Aoun for the presidency. Speaker of Parliament Nabih Berri will not stand in the way, despite his disagreements with Hezbollah about Aoun returning to Baabda. Even Jumblatt will have to agree. His first concern is the Mount Lebanon governorate and he does not want any problems with Aoun. He insinuated this in an interview in Al-Hayat newspaper two days ago while on a visit to Paris to discuss the presidential elections.

What is more important, however, is to reach a consensus on the president before the parliamentary session. It is not the votes that count, but the prior consensus. Without consensus, there would be no Lebanese president and there will be a presidential void.

Either the Iranians and the Saudis reach some accord with international cover, or the confrontation will continue and, this time, reach areas it had not touched before.

Coordination between Justice Minister Rifi and Hezbollah is at its best. No one will benefit now from bringing everything into the open. Cooperation with Rifi achieved important results in the form of the security plan for Tripoli and the Bekaa. The Future Movement and Hezbollah are following up with the army every step of the way. Saudi aid to the Lebanese army has been discussed, so have been the areas where the army will enter and preparations were made for the minimum amount of losses. The army could finally enter Bab al-Tebbaneh. Lines of communications between Hezbollah, Rifi, and Machnouk remain open, to the point where a Hezbollah official could use Rifi’s phone to call Machnouk

Rifi aspires to become prime minister. His language has become more cooperative and people close to Hezbollah confirm this. Some say his former zeal had two reasons. The first was the party refusing to extend his term as head of the Internal Security Forces and the second was his desire to control the militants in Tripoli. Machnouk is also eying the prime minister’s seat. Both men have many advantages, although they publicly support Hariri. Their aspirations make an understanding with Hezbollah even more possible. Rifi has built a good network of international and Arab relations, mostly related to security. Machnouk is good at strategizing and closely follows the developments in the region. His relationship with the Saudi monarchy is more than excellent. His current rhetoric is calm and conciliatory, which was clear in his interview on LBCI.

Would have any of this occurred without the Saudis, the US, and the West?

The current positive international atmosphere is beginning to have an influence on Lebanon. A clear indicator was when Lebanese Forces commander Samir Geagea stood alone in his nomination to the presidency, without direct support from March 14. The situation was an embarrassment to everyone. If March 14 does not support Geagea, the whole coalition could collapse. What happens if Geagea leaves, after Jumblatt and the others? What would that mean?

Simply, it means that the Lebanese and Syrian files are awaiting a thawing of relations between Saudi and Iran. Lebanon could greatly benefit from this, but Syria needs a bigger deal or the Saudis accepting the new realities on the ground, which require a change in direction. Qatar understood early on. Its channels with Hezbollah are good, but have not led to anything concrete yet. It is possible that Syria, Hezbollah, and Iran no longer believe that Qatar has anything to offer, after being isolated by the Gulf and Egypt. It would be better to wait for a Saudi turnaround or to push for it, especially since even the US now feels that it would be impossible to change the situation by force.

There is no third choice for the region. Either the Iranians and the Saudis reach some accord with international cover, or the confrontation will continue and, this time, reach areas it had not touched before.