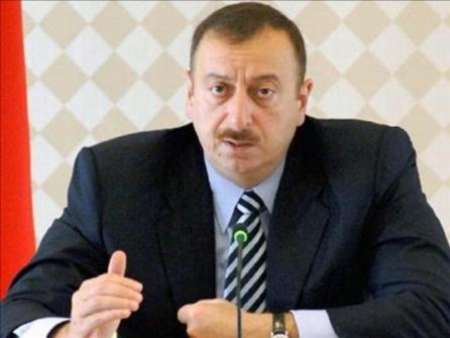 Speaking in a joint press conference with his Iranian counterpart Hassan Rouhani, the Azeri president said Baku attaches great importance to Tehranˈs support for the issue of Karabakh.

Karabakh is a geographic region in southwestern Azerbaijan internationally recognized as part of that country. Since the end of the Nagorno-Karabakh War in 1994, representatives of the governments of Armenia and Azerbaijan have been holding peace talks mediated by the OSCE Minsk Group on the regionˈs disputed status.

President Alyev who arrived here this morning at the invitation of President rouhani, stressed the need to maintain Azerbaijanˈs territorial integrity.

The Nagorno-Karabakh dispute flared up in 1988, when the region’s predominantly ethnic Armenian population began large-scale protests against Azerbaijani rule, seeking first to become part of Armenia and later declaring independence. A war ensued in the early 1990s, ending in 1994 with a shaky ceasefire that failed to resolve the conflict.

Azerbaijan insists on control over Nagorno-Karabakh to maintain its territorial integrity.

President Aliyev said that Tehranˈs approach towards the Karabakh issue was fair and well-founded.

Earlier in the day, President Rouhani voiced Tehranˈs readiness to help solve regional problems including that of the Karabakh region within the frameworks of international laws and justice.