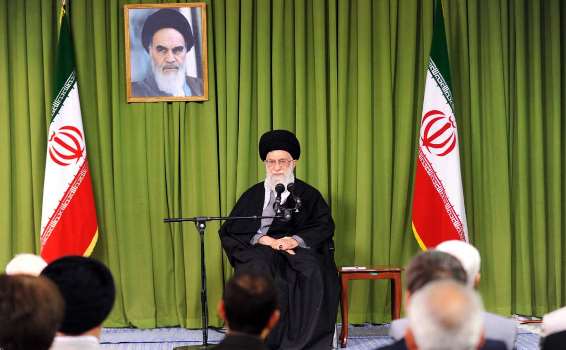 Iran should continue talks with world powers to end a long-running nuclear dispute, but without ceding any of the gains made by its nuclear program, the Islamic Republic’s Supreme Leader was reported as saying on Wednesday.

Tehran is all set to punish Islamabad for its failure to lay down the 781-kilometer-long pipeline in Pakistan’s territory under the Iran-Pakistan (IP) gas pipeline by initiating a new project of Iran-Oman-India (IOI) undersea gas pipeline, a senior Pakistani official at the Ministry of Petroleum and Natural Resources said.

Iran nuclear negotiators should not yield to pressures: supreme leader

Iranian nuclear negotiators should not yield to pressures by the other party in ongoing nuclear talks, Iran’s Supreme Leader Ayatollah Ali Khamenei said on Wednesday.