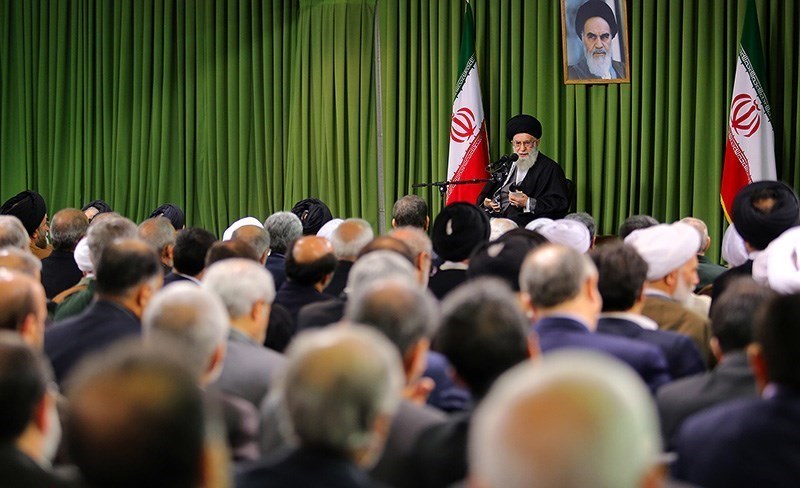 “Everybody should know that although negotiations [between Iran and world powers] are going on, the Islamic Republic of Iran’s activities in the field of nuclear research and development will never stop and none of Iran’s nuclear achievements will be shut down. Meanwhile, the International Atomic Energy Agency’s relations with Iran must be conventional relations, not extraordinary,” Ayatollah Khamenei told Iran’s nuclear officials and experts in Tehran on Wednesday.

The Leader said it has been proven that Iran does not seek nuclear weapons but every time US officials talk about the nuclear issue, they always raise the issue of nuclear weapons directly or indirectly.

Ayatollah Khamenei stressed that Iranian negotiators must insist on the continuation of nuclear research and development.

“None of the country’s nuclear achievements can be shut down and no one has the right to make a concession over them and no one will do such a thing,” said the Leader.

Ayatollah Khamenei stated that negotiations must continue on the nuclear issue, adding, “Our country’s negotiators must not accept bullying from the other [negotiating] party.”

The Leader said that Iranian authorities must be zealous about the country’s nuclear achievements.