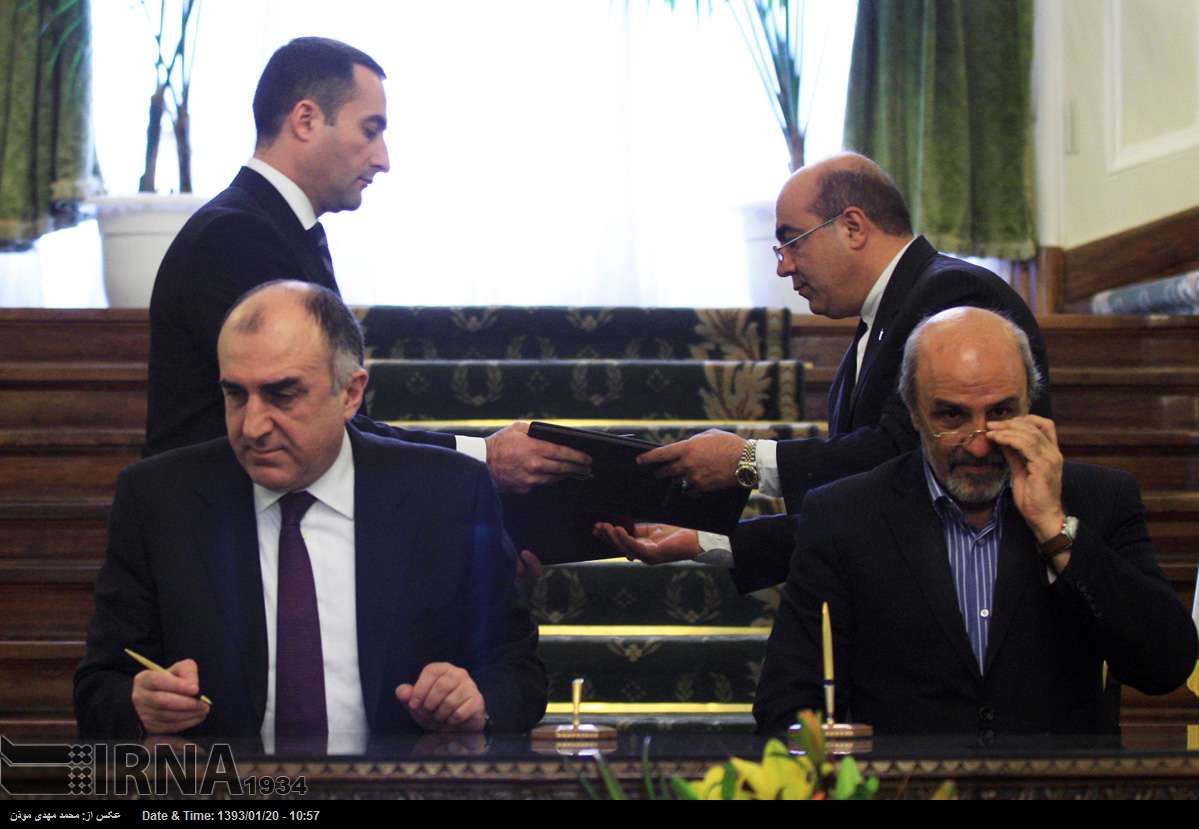 Hassan Rouhani thanked the Azerbaijani delegation and said that he had met Mr. Aliyev for the first time in Davos Summit and they had made important decisions on the Summit.

“I would tell the Iranians that today Iran and Azerbaijan are in a position where nothing would pose barriers in the development of relations between the two countries.

Rouhani, who was speaking in a joint press conference, told that today they agreed to boost the mechanisms of touristic and cultural exchange between two nations. “All should work to settle the differences in a diplomatic and peaceful manner,” added, he and told Azerbaijani president to have emphasized upon Iran’s right to peaceful nuclear program.

Today (Wednesday) Iran and Azerbaijan signed three memoranda of understanding and an agreement in Saadabad Palace. One memorandum was signed by Minister of Sport and Youth Mahmoud Goudarzi and Elmar Mammadyarov, is the Foreign Minister of Azerbaijan.

Last memoranda were signed by Hamid Chitchian, Iran’s Minister of Energy and Shahin Mustafayev Azerbaijani minister of economic development to build and operate hydroelectric power plants of Ordubad and Marazad.

Ilham Aliyev and delegation are visiting Iran by an invitation by president Rouhani.