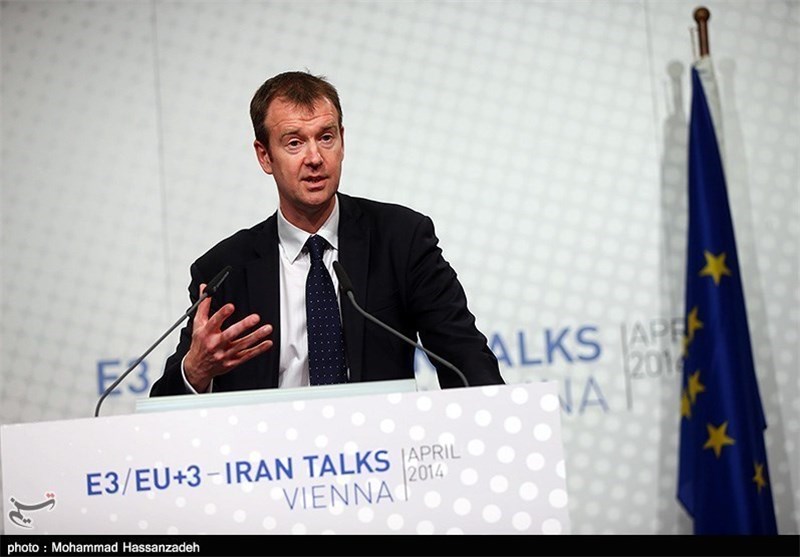 “We’re involved in very detailed and substantial negotiations,” EU foreign policy chief Catherine Ashton’s spokesman, Michael Mann, said in a press conference here in Vienna, after the negotiating parties concluded the first plenary session of the fresh round of nuclear talks this morning.

In the ongoing negotiations, Iranians are led by the country’s top negotiator and foreign minister, Mohammad Javad Zarif, whereas Ashton liaises with Iran on behalf of the six countries, like all the previous rounds.

Zarif and Ashton attended the opening of the talks today, as the negotiations started officially with the two top directors presiding over the meeting.

Afterwards, the negotiating delegations began handling the meeting at the level of deputies foreign minister from the seven nations.

Earlier on Monday, Zarif had announced that the negotiators in the fresh round of talks will review the whole issues once again, because some of the topics have not been ever mooted in discussions, such as the methods for inspections.

As regards the main topics due to be raised in the talks, Zarif said the two sides will exchange views on the whole remaining issues to narrow differences in this round.

According to the Iranian negotiator, this round of talks will be the “final stage” in discussing the topics and issues on the ground.

“This will not be the meeting for drafting (the final agreement). The drafting meeting will start in our meeting in May, when we meet again here in Vienna in about a month time,” Zarif explained.