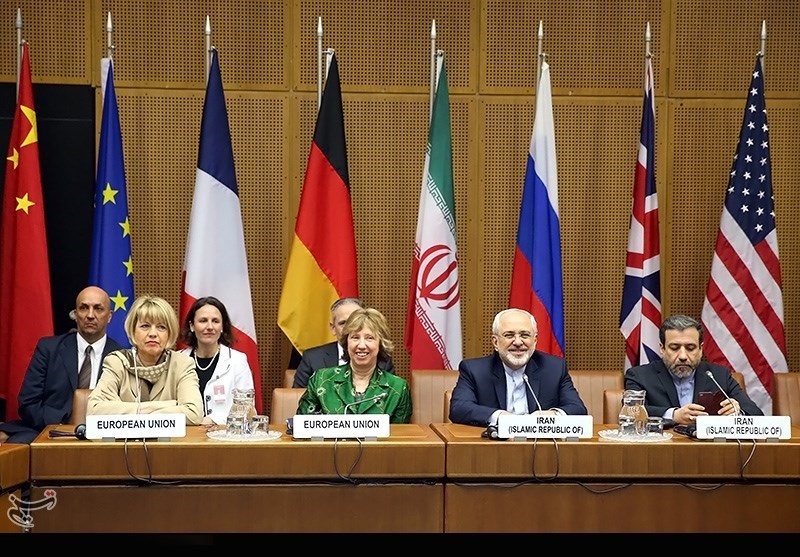 Iran and the 5+1 Powers (US, Britain, France, Germany, China, and Russia) opened their third round on talks on a comprehensive nuclear agreement on Monday in Vienna.

Having agreed an agenda in the first two rounds in February and March, the two sides are seeking to develop a draft text around areas such as Iran’s enrichment of status, the status of Tehran’s nuclear facilities, inspections and safeguards, and lifting of US-led sanctions.

An interim nuclear deal, reached in November, is scheduled to end on July 20, and diplomats have expressed hope that a final arrangement can be agreed before then.

Iranian Foreign Minister Mohammad Javad Zarif held talks with the European Union’s Catherine Ashton, the lead representative of the 5+1 Powers, at a Monday dinner. He cautioned afterwards that a working agreement would take some time: “Preparing a draft is itself one of the most difficult parts, which we face in the tough future negotiations.”

Zarif said the meeting with Ashton was “useful”: “We discussed the manner of continuing the negotiations and the remaining issues in this phase.”

Iran and the 5+1 Powers hold their first plenary session on Tuesday morning, with talks are scheduled to last until Wednesday.

President Rouhani has continued five days of verbal attacks on the European Parliament for a resolution expressing grave concern at the human rights situation in Iran.

Rouhani told a meeting of legislators, officials, and activists on Monday, “The Islamic Republic of Iran’s government attaches no importance to such resolutions and the European Parliament is too small to insult the great Iranian nation.”

The European Parliament included the concern in a resolution which reviewed relations with Iran and aspects such as nuclear talks.

Revolutionary Guards: We Broke Up Terrorist Cell in Southwestern Iran

The Islamic Revolutionary Guards Corps announced on Monday that it disbanded a terrorist cell in Khuzestan Province in southwestern Iran.

The announcement came days after the IRGC’s assumption of responsibility for security on the border between southeastern Iran and Pakistan. It also follows the release of four border guards kidnapped and held for two months by the Sunni insurgency Jaish ul-Adl, who executed a fifth guard.

After receiving tips about the plans of the foreign spying agencies for organizing and dispatching a team to conduct terrorist and sabotage acts in Iran, the members of a terrorist cell were arrested upon their arrival in Iran in a rapid operation by IRGC’s intelligence forces in Khuzestan province, which came as the result of a series of complicated intelligence, surveillance, monitoring and control operations outside the borders of Iran.

The Guards said the terrorists planned to carry out bombings and sabotage operations in “sensitive places and centers”. It said explosives, roadside bombs, and communication terminals with Internet encryption devices were sezied.

“The apprehended terrorists have confessed to their links to the spy agencies of Iran’s enemies,” the IRGC asserted.