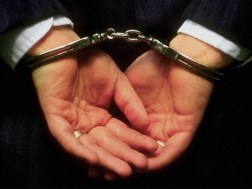 A group of alleged spies was uncovered by the Islamic Revolutionary Guards Corps of Iran yesterday. The origin of the group has not been named. Its members had bombs, explosives, communication equipment, Iran.ru reports.

Iranian authorities said that an Israeli spy had been caught in the Kerman Province before. According to Iranian intelligence, he was specialized in trade in the South-East Asia.

Several drug dealers with tons of narcotics have been caught since the start of the Iranian calendar year.