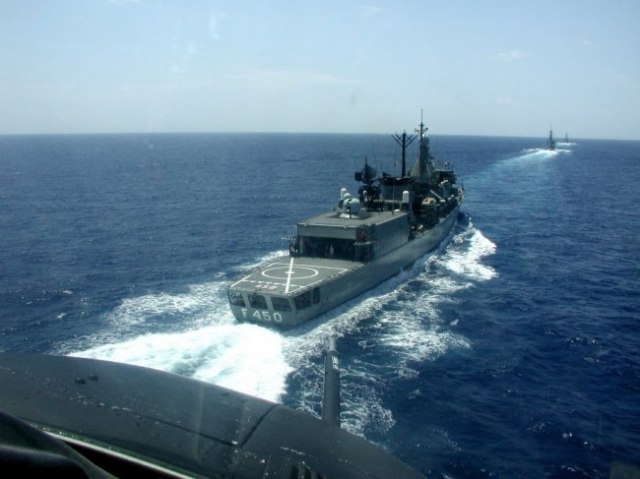 Salami made the remarks after the Iranian and Omani naval forces staged their 4th joint exercises in the Sea of Oman and the Persian Gulf on Monday.

He described the drills as successful, and said, “Based on a treaty between the Islamic Republic of Iran and Oman’s navies, the joint marine relief and rescue exercises are held every year in one of the two countries and the next drills will be conducted next year in Iran’s territorial waters in the Persian Gulf.”

“Some negotiations have been held between the two countries on the development of the military drills and the Omani delegation has also agreed with the expansion of these exercises; therefore, the drills will be expanded gradually,” Salami said.

He said that Iran and Oman’s adjacency to the strategic Strait of Hormuz, the region’s need to sustainable stability and security and the threats posed to the ships sailing through this region highlight Iran and Oman’s important roles in maintaining the security of this region.

Iran and Oman exercised their latest technical and logistic capabilities in the two-day relief and rescue drills.

On the Iranian side, the flotilla which took part in the exercises comprised of Alvand destroyer, Shamshir missile-launcher warship, Bushehr logistic vessel, AB212 helicopter carrier and Safir-3 tugboats.

The Navy’s Relief and Rescue Flotilla, which berthed in Sultan Qabous Port last Friday, and Oman’s relief and rescue ships began their fourth joint exercises in the Sea of Oman on Monday.

Lieutenant Commander of the Iranian Navy for Operations Admiral Siyavash Jarreh said, “In the first phase of the maneuvers, tactical drills including sea refueling, change of arrangements, escort of convoys, marine telecommunications, towing operations and anchoring have already come under practice.”

In recent years, Iran’s Navy has been increasing its presence in international waters to protect naval routes and provide security for trade vessels and tankers.

The Islamic Republic has repeatedly asserted that its overseas naval presence is meant to convey a message of peace and friendship to other countries.

Iranian officials and commanders have repeatedly underlined that all military exercises and trainings of the Iranian Armed Forces are merely meant to serve deterrent purposes.

Concurrent with joint naval drills by Iran and Oman, high-ranking Iranian and Omani commanders held the 11th meeting of their Joint Military Friendship Committee in Masqat on Monday.

The meeting was jointly headed by Brigadier General Salami and Assistant Chief of Staff of Oman’s Armed Forces Rashed Bin Seif Bin Al-Rashidi and participated by other high-ranking Iranian and Omani commanders.