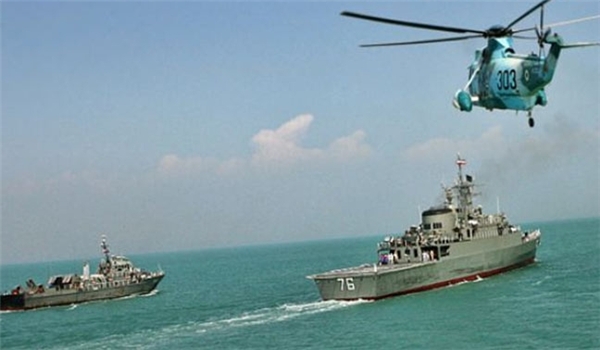 TEHRAN (FNA)- A prominent Iranian lawmaker underlined the importance of the Iran-Oman joint military drills in the Persian Gulf for convergence among the regional countries.

“The Iran-Oman joint military exercises can be an appropriate model for other countries of the Persian Gulf to help to the restoration of security in the region instead of forging alliance with the trans-regional powers,” member of the parliament’s National Security and Foreign Policy Commission Mohammad Saleh Jokar said on Monday.

The Iranian and Omani navy forces started their joint wargames in the Sea of Oman and the Persian Gulf on Monday morning.

He pointed to Oman as Iran’s regional ally, and said, “The Persian Gulf countries should come to realize that mutual cooperation among the regional states is much more effective in the establishment of stability along joint borders.”

Speaking on the sidelines of an exhibition of the scientific and technological achievements of Iran’s Navy in the Northern city of Noshahr, Rear Admiral Sayyari said that the three-day maritime joint maneuver with Oman is scheduled to be held on April 7, 2014.