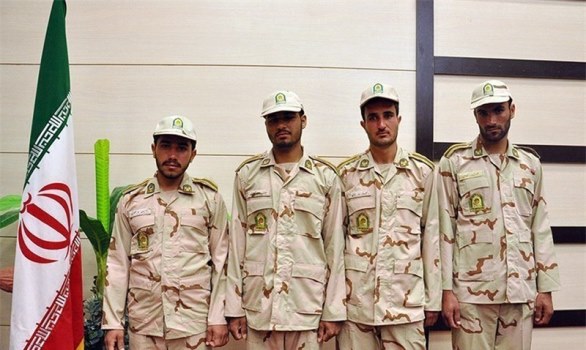 TEHRAN (Tasnim) – Iran’s Foreign Ministry hailed the release of the country’s four kidnapped border guards, who were held hostage by a Pakistani-based terrorist group for two months, stressing that it will keep up efforts to shed light on the fate of the fifth soldier still unaccounted for.

On Sunday, four of the five Iranian border guards, who were abducted by the so-called Jaish-ul-Adl terrorist group, were released and returned home after being held hostage for two months.

On February 6, the Jaish-ul-Adl terrorist group kidnapped the five Iranian border guards in Jakigour region in Iran’s southeastern province of Sistan and Balouchestan and took them to Pakistan.

Ever since, Iran has been making special diplomatic efforts to release the soldiers.

In a statement released on Sunday, the Iranian Foreign Ministry hailed the return of the soldiers, noting that their ultimate freedom was the result of continuous efforts made by a whole host of Iranian organizations, with the assistance of the local reliable residents.

It also underlined that Iran will follow the case to clarify the fate of the fifth soldier.

The foreign ministry will pursue the issue by making contacts with the Pakistani government, the statement added.

On March 23, the Jaish-ul-Adl terrorist group had announced in a Twitter message that it had killed one of the abductees, called Jamshid Danaeifar.

Meanwhile, Iranian President Hassan Rouhani has also called for constant efforts to pursue the fate of the remaining border guard.

In a message on Sunday, President Rouhani extended his congratulations to Supreme Leader of the Islamic Revolution Ayatollah Seyed Ali Khamenei and the Iranian nation on the release of the border guards, and called on all Iranian officials to make every effort to clarify the fate of the remaining abductee.