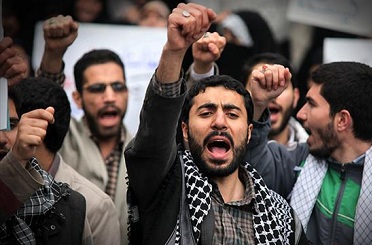 TEHRAN, April 7 (MNA) – A Basij official responsible for Basij official policies has said it will organize a student rally before Greek embassy in Tehran to voice protest over European Parliament anti-Iranian resolution.

Mohammad Saeed Sarafraz told Mehr News that Basiji students would rally to condemn European Parliament resolution which, he believed, undermined Iranian independence and national identity of Iranians, and “the sovereignty of the Islamic Republic of Iran.”

“Students Basij Organization calls all students and the public in Tehran to attend the rally,” he said, adding that the rally would start in Tuesday (April 8) before Greek embassy (the current EU president) at 14:30 local time.