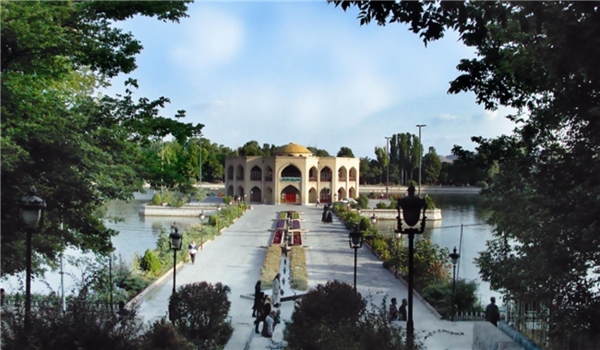 Tour operators have seen a significant rise in bookings for holidays to Iran, as improved relations with the West and an expectation that Foreign Office travel advice will be relaxed boost tourist interest, British newspaper Daily Telegraph reported.

Zistboom:  Tour operators have seen a significant rise in bookings for holidays to Iran, as improved relations with the West and an expectation that Foreign Office travel advice will be relaxed boost tourist interest, British newspaper Daily Telegraph reported.

Wild Frontiers, an adventure operator, has nine group tours scheduled for 2014, five of which are sold out to their maximum capacity of 12, and contrasts with two group tours in 2013, neither of which ran full. The company has seen tailor-made bookings rise from four last year to 26 so far in 2014, with many more in the pipeline.

Tailor-madeadventures.com, which creates itineraries for Iran, has seen an 80 percent increase in enquiries since the beginning of the year and said that the vast majority of interested customers have gone on to book. The company sent 24 customers to the country in 2013, and so far has had bookings for 50 people this year.

Jim O’Brien, the company’s head of development, said: “Since the election of Hassan Rouhani as president last August, however, and a thawing in political relations with the West, it seems that Iran is returning to travelers’ bucket lists with a bang.”

Numerous tour operators have compared Iran’s future to that of Burma, which has been a top-selling destination since the election of Aung San Suu Kyi in 2012 and the subsequent change in stance on tourism in the country.

Although his company has been running trips to Iran for 10 years, Jonny Bealby, founder and managing director of Wild Frontiers, told Telegraph that in the last six months or so there has been a significant increase in demand for the destination, which he puts down to “the election of a more moderate leader, and last year’s nuclear agreement”.

The expectation that the British government will ease its travel advice to Iran will lead to a further increase in bookings, according to tour operators.

“Once this [advice against travel] has been lifted, we predict a further, even-greater increase in demand, one similar to when Aung Sang Suu Kyi changed her stance on travel to Burma a few years ago,” Jonny Bealby added.

However, there is the feeling among tour operators and country experts that these restrictions are more to do with diplomatic relations than actual risk to travelers. Tour operators running trips to Iran currently do so against Foreign Office advice.

In January, Telegraph Travel predicted that Iran would be one of the world’s top destinations in 2014, citing “epic scenery, an extraordinary history and culture and a warm welcome”.