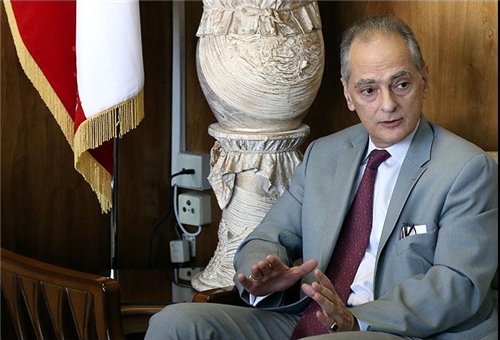 Iran has summoned Greek ambassador to Tehran in connection with the European Parliament’s (EP) recent adoption of a resolution against the Islamic Republic.

The Iranian official dismissed as “unacceptable and unrealistic” the European Parliament’s resolution which accuses Iran of human rights violations.

“Such injudicious measures and positions run counter to the common interests of the European Union and the Islamic Republic of Iran,” the Iranian official said.

On Thursday, the European Parliament passed a resolution on the EU strategy toward Iran, expressing concern over the alleged human rights violations in the country.

It also claimed that Iran’s presidential election in June 2013, which was marked by a high voter turnout and led to the victory of President Hassan Rouhani, was “not held according to the democratic standards valued by the EU.”

Iran’s Foreign Minister Mohammad Javad Zarif on Sunday strongly criticized the resolution against Tehran, saying that the European Parliament “is not in a position and does not have the moral authority,” to pass judgment on other countries’ affairs.

Iran has credible information that pro-Israeli lobbies are making great efforts and raising false issues to sabotage “Iran’s positive and constructive” nuclear negotiations with the five permanent members of the UN Security Council plus Germany.
Earlier on the day, over 200 Iranian lawmakers issued a statement in condemnation of the EP resolution and warned of its potential adverse consequences on the ongoing nuclear talks.

In reaction to the resolution, a double-urgency motion has also been drawn up which has been signed by some 100 members of the Majlis.