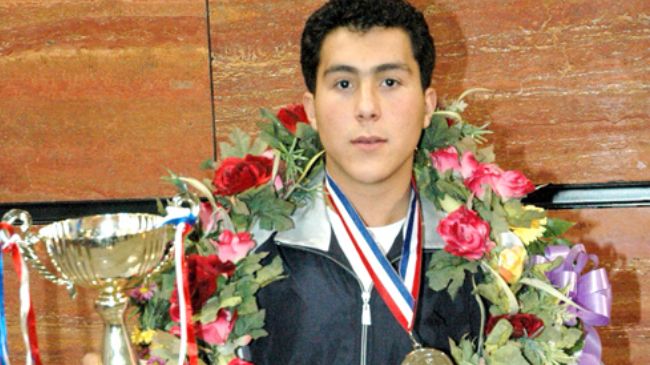 On Saturday, Sajjad Ganjzadeh knocked out his Turkish rival 8-0 in his first competition of men’s +84-kilogram weight category in Istanbul.

The Iranian sportsman routed his Azerbaijani opponent 3-0 in the second match before beating a karate fighter from Romania 8-0 in the third encounter.

Ganjzadeh overwhelmed his 27-year-old Azerbaijani rival Sahin Atamov 3-2 in the semi-final contest. He won the gold medal in the men’s +84-kilogram weight class after defeating his countryman Saman Heidari.

Pegah Zangeneh collected a silver medal after conceding defeat to her Turkish rival in the final competition of the women’s minus 68-kilogram weight category. Zangeneh had overpowered Turkish and Kazakh karate practitioners in her march to the final.

Sahar Karaji and Fatemeh Chalaki were awarded a bronze medal in the women’s minus 50-kilogram and minus 55-kilogram weight classes respectively.

Bahman Asgari increased Iran’s medals in the karate tournament to six after her clinched a bronze in the men’s minus 75-kilogram weight category.

The 27th International Bosphorus Open Karate Tournament opened in Istanbul on April 4, and will wrap up on April 6.

Male and female karate fighters from 20 nations are contesting in the tournament.