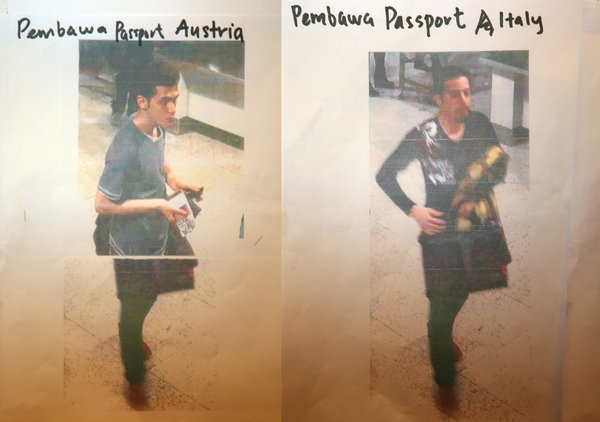 Mother of Iranian passenger on Flight 370 suffers in silence

(CNN) — The mother of passenger No. 63 aboard Malaysia Airlines Flight 370 is unable to come out of the shadows of her son’s misdeed to mourn with the rest of the families whose loved ones disappeared on March 8.

“As a human being, as a mother, nobody thought of me. I am alone with no support except for God,” she wrote after CNN tried to contact her about her son.

She is suffering alone because she has shied away from the epicenter of information in Kuala Lumpur. She isn’t there to attend the briefings, or to get the grief counseling provided by Malaysia Airlines. She is a mother whose son broke the law to get on the plane, and she is now paying for it.

Her son is 18-year-old Pouria Nourmohammadi. He and his friend Delavar Seyed Mohammad Reza, 29, were the two Iranian men who boarded the Malaysia Airlines flight using stolen passports, investigators say.

They were two of the first people to come under suspicion in the plane’s disappearance.

Malaysia Airlines says it has not been in contact with the families. Their case is in the hands of investigators, a company representative told CNN.

But investigators cleared them of any wrongdoing in connection with the disappearance of the plane early in the investigation.

Nourmohammadi’s mother is acutely aware that her son did something illegal, but she says he just wanted to explore his “beautiful dreams.”

“I dedicated my life to my sons, and all I wanted was for them to be happy in their life. I wanted them to live a free life. I had prayed that I would see him again, but that didn’t happen. We will see each other in eternity now.”

She pours out her grief with pictures of her son, messages to him and symbols of their Christian faith posted on her Facebook page.

“… From the moment I became a mother, all I wanted and asked from God was to not see my children die before me. But of course that didn’t happen,” she wrote.

CNN met with a friend who dropped Nourmohammadi off at the airport on March 8 in Kuala Lumpur. The friend said that all Nourmohammadi wanted was to find “freedom.” He boarded the plane with a plan to live in Germany with his mother and never return to Iran, his friend said.

His friend did not want to be identified for fear that being associated with the men traveling on stolen passports would make him a target for harassment by authorities when he travels in and out of Iran.

But he says Nourmohammadi’s mother called him, looking for answers:

“She was so sad. She was asking me, ‘When my son was there, was he happy? He was enjoying?’

Interpol has rebutted Malaysia’s explanation for not checking an international database of lost and stolen passports when passengers boarded Flight 370, an omission that may have allowed Nourmohammadi and Reza onto the plane.

He said the country’s immigration equipment could not handle the global database of 40.2 million lost passports.

Interpol fired back, saying the problem cannot be blamed on technology or the agency.

“Interpol’s SLTD database takes just seconds to reveal whether a passport is listed, with recent tests providing results in 0.2 seconds,” the international law enforcement agency said in a statement.

Nourmohammadi’s Facebook message four days before he got on the plane shows him standing below an iconic Malaysian skyscraper with the words, “feeling excited.”

He never made it to his final destination, just like the other passengers and crew of the missing Malaysia Airlines flight.

Nourmohammadi’s mother left this message, hoping it would not fall on deaf ears just because her son broke the law:

“Although he had a stolen passport,” his mother said, “he was so young with many beautiful dreams. I’m a mother just like the Chinese mothers, and I want to know what happened too. I trust in God and whatever he wants will happen. But all 239 persons are the same, maybe somebody doesn’t believe that.”