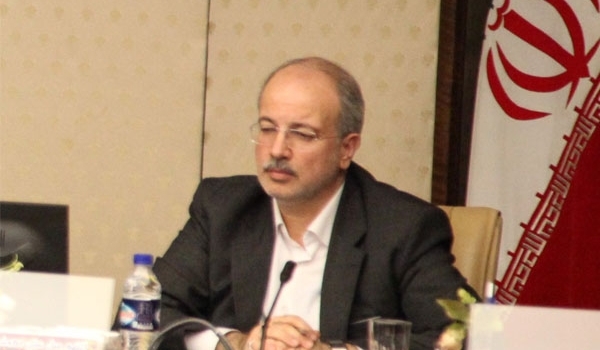 Hossein Mohammadzadeh described the EP resolution as a flagrant meddling in Tehran’s internal affairs, and stressed, “The Iranian government and parliament must take proper action aganit this resolution.”

He further said that Tehran has prepared a long list of the violations of human rights in Europe, and called on officials in charge to release it.

The resolution adopted by the European Parliament in its Friday meeting in Brussels calls for meetings between EU delegations and Iranian dissidents and opposition leaders.

The EP move has angered officials in Tehran.

Earlier today, senior Iranian parliamentary officials disclosed that the legislature plans to study a proposal for halting the nuclear talks with the six world powers in reaction to the EP Resolution.

Ranking member of the National Security and Foreign Policy Commission Mohammad Hassan Asafari told FNA this morning that a group of MPs plan to introduce the proposal at the floor of the parliament in its open session on Sunday.

“This proposal will be presented to the government tomorrow as we expect the foreign ministry to show a serious reaction to the EP resolution,” Asafari said.

The lawmaker cautioned that in case the proposal goes unheeded by the government, “the parliament members will introduce a relevant bill to require the government to take action in this regard”.

Yet, he expressed the hope that the government would act upon the parliament proposal to make further action by the legislature unnecessary.

Earlier today, Parliament’s Vice-Speaker Mohammad Hassan Aboutorabi Fard said the EP resolution against Iran is ineffective and Iranians are resolved to continue the path of all-out progress despite such illogical moves by the West.

On Friday, Tehran’s provisional Friday Prayers Leader Ayatollah Mohammad Ali Movahedi Kermani blasted the European Parliament for its Human Rights resolution against Iran, and warned that the European Union will not be allowed to open its representative office in Iran.

Addressing a large and fervent congregation of the people on Tehran University campus on Friday, Ayatollah Movahedi Kermani said, “The people of Iran will not allow the European Union to open a new spy den (EU’s representative office) in the country.”

He pointed to the European Parliament’s anti-Iran Human Rights draft resolution, and said, “It is very shameful that they expect strange things from Iran and raise the accusation that the human rights are not observed in our country.”

The cleric said these accusations are baseless and can no way affect Iran’s policy.

Also on Friday, Iranian Foreign Ministry Spokeswoman Marziyeh Afkham blasted the EP, and said the resolution is “unfounded and unacceptable”.

“The endorsement of a resolution regarding ties with Iran and human rights situation in the country by the EU parliament is unfounded and unacceptable,” Afkham told reporters.

She reiterated that the fact that a number of hardline MPs in the EU parliament have undertaken efforts to adopt an imperative stance and continue an ambitious trend, which is rooted in ancient times’ thoughts, does not comply with any political and international criterion and logic.

Afkham had also on Wednesday dismissed the draft resolution as “unrealistic and counterproductive”.

In relevant remarks, Chairman of the Iranian Parliament’s National Security and Foreign Policy Commission Alaeddin Boroujerdi also lashed out at the European Parliament for its resolution against the country, and described it as flagrant meddling in Iran’s internal affairs.

“The issues raised by the European Parliament Committee on Foreign Affairs are regarded as blatant intervention in Iran’s internal affairs,” Boroujerdi told reporters on Thursday.

He reiterated that the European Parliament is under delusions, and said, “The draft resolution is in line with the Israeli regime’s anti-Iran bids to put the brakes on the European Union’s interactions with the incumbent Iranian administration.”

Iran’s Ambassador to the UN offices in Geneva Mohsen Naziri Asl also blasted the resolution as sign of a “dangerous and concerning” course of action.