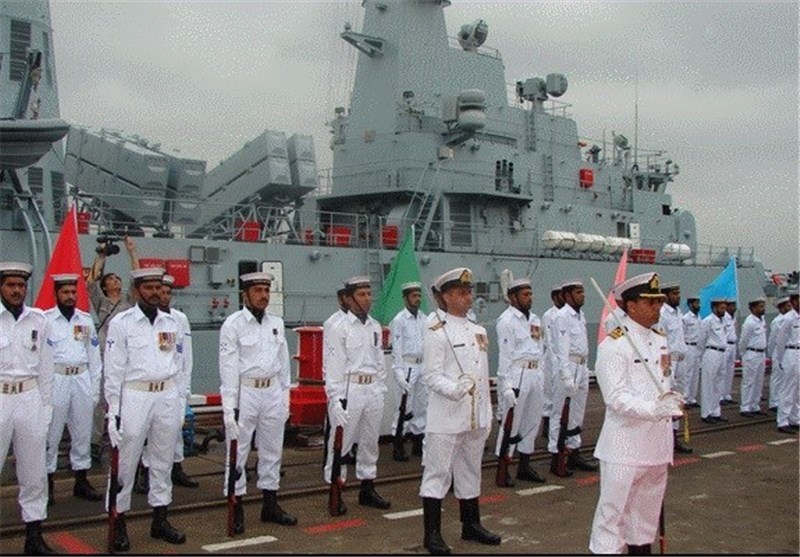 TEHRAN (Tasnim) – A Pakistani fleet of warships berthed at the Iranian southern port city of Bandar Abbas on Saturday to hold joint naval exercises with the Iranian Navy in waters off the eastern coast of the Strait of Hormuz, an Iranian military official announced.

According to Rear Admiral Shahram Irani, a high-ranking officer at Iran’s navy, the Pakistani fleet has docked at Bandar Abbas this morning, conveying the message of “peace and friendship” in a bid to raise the level of military cooperation between Tehran and Islamabad.

He said the Pakistani fleet is comprised of a missile-launcher warship, a logistic one as well as an advanced submarine.

The Pakistani fleet of warship will remain in the Iranian port for four days, Rear Admiral Irani noted, adding that a series of official meetings between senior officers representing the two countries’ navies will be held during the Pakistani fleet’s stay in Iran.

But above all, the Pakistani fleet of warships is set to stage joint drills with the select groups of the Iranian Navy on April 8, he stated, noting that the exercised will be held in the eastern waters of the Strait of Hormuz.

In the meantime, Iran and Oman are also scheduled to hold a joint rescue and relief drill in waters south of Iran in the near future.

Iran and Oman have so far held several naval relief and rescue drills aimed at enhancing readiness for providing relief services and rescue operations and improving the level of regional cooperation and exchanging experience.