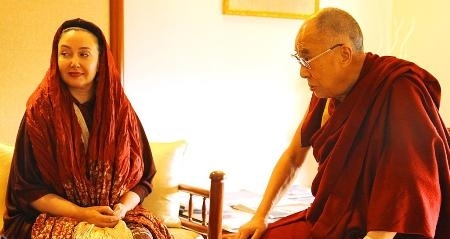 Riahi, also founder of Iranˈs Komak (Help) Charity Foundation, paid a visit to India during the last days of the past Iranian calendar year which ended on March 20, the foundation reported today in a statement.

While in India, added the statement, the Iranian artist has proposed March 23 to be globally called the ˈDay of God and Human Peaceˈ when no blood will be shed on that day.

During her Inidan visit, Riahi also met with a number of Muslim refugees from Myanmar living in the Indian camps.

She also visited a village of leprosy patients in New Delhi.

India has nearly 150,000 leprosy-affected patients and ranked first in term of leprosy prevalence rates in the world.