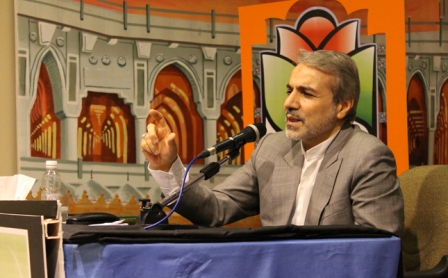 He made the remarks in a ceremony held to celebrate the Islamic Republic Day in Mecca.

Nobakht noted that during the past three decades, nothing could force Iranian nation to bend towards oppressive powers.

“Enemies of Islam are using extremist groups as a tool to provoke Islamophobia internationally; Iranophobia and Islamophobia are manipulated by enemies to prevent Muslim nation’s scientific progress,” concluded Nobakht.