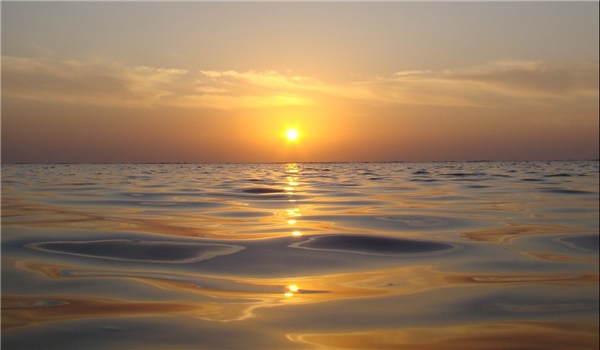 Bushehr land of sea and sun

TEHRAN (FNA)- Bushehr in Southern Iran is known to many for its nuclear power plant, but this port city on the rims of the Persian Gulf is almost unique as a tourist resort.

Bushehr Province is one of the 31 provinces of Iran. It is in the south of the country, with a long coastline onto the Persian Gulf. Its center is Bandar-e-Bushehr, the provincial capital. The province has nine counties: Bushehr, Dashtestan, Dashti, Dayyer, Deylam, Jam, Kangan, Ganaveh and Tangestan.

The Geographical structure of the province divides it into two different regions; the plain region in the west and south-west and the mountainous region in the north and north-east. The weather on the former is very warm and humid, while the latter has a very dry and warm climate. There are two distinguishable seasons in the province. Winter, with moderate to cold climate, usually starts from November and lasts until March, while a hot summer fills the rest of the year. The average temperature in the province is 24 C, with the highest recorded temperature at 50 C and the lowest at 6 C.

– Some of Bushehr Islands in the Persian Gulf

” Kharg Island is a continental island in the Persian Gulf belonging to Iran. The island is located 25 km (16 mi) off the coast of Iran and 483 km (300 mi) northwest of the Strait of Hormuz. Administered by the adjacent coastal Bushehr Province, Kharg Island provides a sea port for export of oil.

The word Ahram is a collegial form of the word ‘Eram’ meaning the ‘Garden of Paradise’. As there are numerous citrus fruits, orchards and plenty of natural springs around this area. In Ahram of Tangestan there are the relics of two military forts, one belonged to the Khans (governors) of Tangestan and the other to the Zar Khezer Khan clan of Tangestan. Mausoleums such as Imamzadeh Jafar, Zainabol Shohada, and Imamzaeh Aqa Mir Ahmad are near this village.

This territory is in the township of Dashti. The reputed castles of Khormoj a part of which is known as the Mohammad Khan castle, and the other called the Jalal Khan castle is located in this area. Both these personalities were ‘Khans’ of the Qajar era.

“Other Special Village Atmospheres of Bushehr

– Handicrafts and Souvenirs of Bushehr

– Local Music and Dances of Bushehr

The local music and dancing of this area is very similar to that of the Africans. The local anthems are traditional the most important of which are known as Sebalo, Shirveh and Yazleh.

This province has hundreds of tourist attractions and historical monuments. The followings are just a few of these tourist charms which attract tens of thousands of people from Iran and across the world each year.

This structure has been constructed in the vicinity of ‘Tang-e-Eram’ and has most likely been a resting place or hunting location of lodge.

The winter palace of Dariush or ‘Darius’ located 12 km north of the current city of Burazjan is known as the ‘Bardak Siyah (palace). This palace has 10 pillars in two rows and has been built according to the Achaemenid architecture. Black stone is used as a foundation of these pillars.

In the north of ‘Sa’dabad’ (district of Burazjan), the ‘Shapour River’ flows through the rocky, stony layers of heaped sand. The two sides and within these rocks, there are numerous crypts (similar to tiny ‘dug out’ chambers or rooms). Chehel Khaneh is in keeping with the meaning of 40 rooms or houses that are located here. Another concept of it is Cheleh Khaneh where the ‘devout’ and ‘Yogis’ existed. There is a possibility that these crypts were burial places during the period of ‘Medes’ and the ‘Sassanids’.

The structure of ‘Goor Dokhtar’ is very similar to the mausoleum of Koorush (Cyrus) the Great in Pasargadae (about 600 BC.). This structure is made of 24 slabs of stones, according to the ‘Orartoie’ and Elamite principles such as the ziggurat of Choqazanbil. This valuable monument is registered on the records of the Cultural Heritage Organization of Iran.

This palace is located south east of Burazjan and alongside the dry river of ‘Aardi’. This palace was one of the most important bases of Iran on the coasts of the Persian Gulf during the Achaemenid era. According to the mode of architecture, it could be related to Koorush (Cyrus)’s reign.

This river takes its source from the heights of Dasht-e-Arjan to the west of Shiraz, and after gaining water from the Sarkhoon and Shirin Rivers, adjoins Shapour River, finally flowing into the Persian Gulf. Dalky river, specially in the northern sector irrigates agricultural land, date graves and gardens of Burazjan. The ‘Shaban Kareh Dam’ has been constructed on this river. Thereby promoting leisure spots, as well as recreation in the northern areas of the river.

This vicinity is 83 km south east of Burazjan located at 1,691 m above sea-level and forms the ‘winter residing quarters’ of the tribes in this area. About 7,000 herds of wild sheep and wild goat exist here. Hunting is only allowed during special seasons and with a permit of the Department of the Environment.

Generally speaking the architecture of houses suits and coincides with the environment and climate of this region, these structures are named Qaazy House (Bushehr), Rais Ali Delvari House (Bushehr), Malek Edifice (Bushehr), Darya Beigi Edifice, Dehdashti Edifice, the Cultural Heritage Building, the Shahrdari (Municipality) Building, the Kazerooni Building (Bushehr) and a few others. All of these buildings are designed according to local condition for combating warmth and humidity with using fine decorative arts worth seeing.

This water reservoir is near Khalij-e-Fars Avenue, it was constructed during the Qajar era and dates back to more than 150 years ago.

Siraf is located south east of the port of Bushehr near the small port of Taheri. This ancient city encompasses the three ports of ‘Bandar-e-Taheri’, ‘Bandar-e-Kangan’ and ‘Bandar-e-Dayer’.

Siraf dates back to the Sassanid period and was originally known as ‘Ardeshir Aab’ due to the fact that Ardeshir Babakan set up a waterway network there in order to facilitate port activities for which he was responsible. Ancient relics in this region are:

A part of the locality where the wealthy people resided including several small mosques of the (3rd and 4th century AH).

This spring is located west of Mir Ahmad 60 km on the Bushehr-Bandar Abbas Road. This mineral water contains calcium sulfate, together with magnesium and sodium chloride.