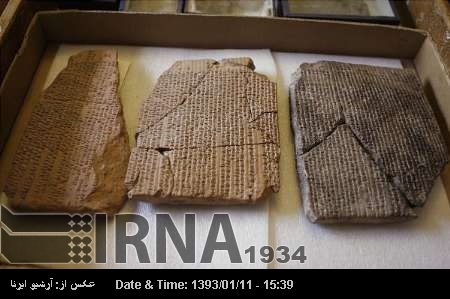 US court: Iranian Achaemenid-era artifacts are not subject to seizure

New York, April 1, IRNA – A district court in Illinois State on Friday issued a verdict underlining that the Achaemenid-era artifacts, preserved in Chicago University, could not be submitted to the Zionists, it was announced on Monday.

According to IRNA, the bid by those subject to an attack in Israel to seize Iranian antiquities, held in Chicago museums, has been tossed out by a federal judge.

The University of Chicago’s Persepolis collection of clay tablets, as well as clay seal impressions from the university’s Chogha Mish collection, were both loaned to it by the National Museum of Iran for study.

Head of Iranˈs Cultural Heritage, Handicrafts and Tourism Organization Hamid Baqaei said judges at the US court decided that the Achaemenid relics are deemed as part of Iranˈs cultural heritage and cannot be subject to seizure.

The Iranian artifacts were part of the Persepolis and Chogha Mish Collections at the University of Chicago’s Oriental Institute, and the Herzfeld Collection at the Field Museum of Natural History.

The first two sets of artifacts were excavated by archaeologists from the University of Chicago in the 1930s and 1960s and were officially on loan from Iran while being studied. The plaintiffs claim that Herzfield stole the artifacts and smuggled them out of Iran, and thus they are owned not by the museum, but by the government of Iran.