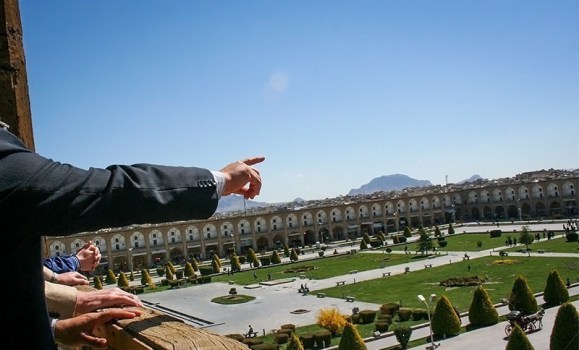 A report on Monday by ICHHTO public relations department said Soltanifar referred to the latest figures released by the World Tourism Organization (UNWTO).

He noted that touristsˈ requests for visiting Iran had ˈa remarkable growth in the past couple of months.ˈ

The official added the growth was resulted from easing some of the anti-Iran sanctions in the past months which has taken place as a result of interim agreement reached between Tehran and the Group 5+1 in November 2013 when experts of Iran and the world Sextet (US, France, Britain, Russian and China plus Germany) organized a mechanism or a joint plan of action for implementation of the agreement signed in Geneva.

The two parties have proposed January 20 for implementation of the joint plan of action.

The agreement is for a period of six months during which the relevant countries hope to seal a final comprehensive deal that would ultimately result in the permanent lifting of all anti-Iran sanctions.