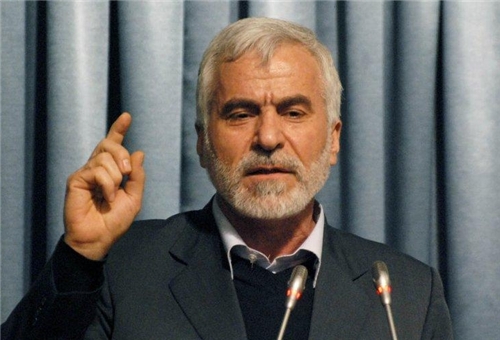 TEHRAN (FNA)- A prominent lawmaker demanded Pakistan to transfer security control over its shared borders with Iran to the Islamic Republic after Islamabad failed in several cases to stop operation of terrorist groups which take shelter in Pakistan’s territories after attacking Iran.

“The Islamic Republic of Iran believes that since Pakistan is not capable enough of securing its common borders with Iran, it should entrust this arduous task to Iran,” member of the parliament’s National Security and Foreign Policy Commission Evaz Heidarpour said.

He explained that the volatile situation along the Iran-Pakistan common border could open a Pandora’s box, and said, “Tehran has proposed that Islamabad hand over to Iran the full responsibility of ensuring security along the border, but Pakistan has not yet given a response in that regard.”

On Thursday, Iranian Interior Minister Abdolreza Rahmani Fazli cautioned Islamabad to adopt a more responsible approach towards the safety of the five abducted Iranian border guards, one of whom was killed by Jeish Al-Adl terrorist group this week.

“Iran will draw on all of its capabilities along its borders with Pakistan if Islamabad does not adopt a responsible approach regarding the five Iranian border guards recently abducted by a Pakistan-based terrorist group,” Rahmani Fazli told reporters.

He reiterated that Iran will consider it as its right to use all its might to release the Iranian border guards.

The Iranian interior minister called on Pakistan to take more “measured and principled” action with respect to such issues and observe its legal obligations regarding its neighbors under international law.

On Monday night, the Iranian Interior Ministry confirmed the reports that Jeish al-Adl terrorist group has killed one of the five Iranian border guards.

“The local officials (in Pakistan) have confirmed the report on the martyrdom of one of the abducted Iranian border guards by Jeish al-Adl terrorist group,” Interior Ministry Spokesman Hossein Ali Amiri told FNA on Monday night.

He made the remarks after Jeish al-Adl claimed on its tweeter page that it has killed Jamshid Danayeefar, one of the kidnapped border guards.

“Talks with national and local Pakistani officials have been held at different levels and they have made some promises,” Governor-General of Iran’s Southeastern Sistan and Balouchestan province Ali Awsat Hashemi told FNA.

He expressed the hope that the young border guards would be released to return to their families soon.

The five Iranian border guards were abducted in Jakigour region of Iran’s Sistan and Balouchestan Province on February 6 and taken to Pakistan.