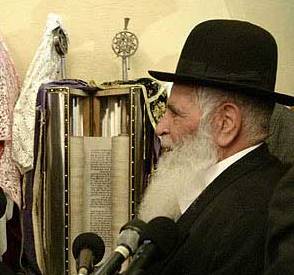 Yousef Hamadani Cohen, Iran’s former chief rabbi and one of the cornerstones of its tiny Jewish community, has died. He was 98.

The representative of the Iranian Jews in parliament, Siamak Moreh Sedgh, says Rabbi Cohen died on Friday and was buried on Sunday.

Cohen was the spiritual leader of Iran’s Jews from 1993 till 2007, and remained a senior rabbi even after he retired and Rabbi Mashallah Golestani took over.

Iran’s Jews number about 25,000 people — a tiny minority in a population of about 76 million — but are still the Middle East’s largest Jewish community outside of Israel.

Before the Islamic Revolution, the community had closer to 100,000 Jews.

It is also one of the world’s oldest Jewish communities, with historical roots reaching back 2,700 years.