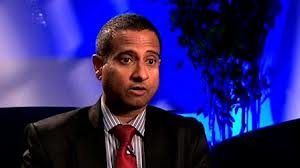 “Those behind the draft resolution against Iran’s human rights record were to deepen a rift among countries and consequently, impose their norms upon others,” Naziri Asl said, addressing the 25th meeting of the UN Human Rights Council in the Swiss city of Geneva.

Naziri-Asl pointed to the drafting of the anti-Iran resolution as a dangerous and concerning act, and said, “The resolution would encourage competition instead of cooperation and weaken the basic principles of the international body.”

He added that Iran’s positive achievements in the field of human rights resulted from the country’s constructive interaction with the international community were ignored in the draft resolution.

“In reality the claim by the main sponsors of this resolution regarding human rights advocacy has proved to be a myth, as they have, in numerous occasions, put on display their fully politicized approach to human rights issues,” Naziri Asl said.

The Iranian diplomat referred to Tehran’s reports to the international human rights monitoring bodies as well as its constructive cooperation with the UN Human Rights Council as examples of positive achievements.

In relevant remarks in March, Secretary of Iran’s Human Rights Council Mohammad Javad Larijani blasted Shaheed for his support for the terrorist groups acting against Tehran, and said the UN rapporteur has turned into an actor providing service for the opposition media.

“Unfortunately, Ahmed Shaheed has become a media actor who acts for those media which air propaganda against the Islamic Republic, while this is against the approved protocols,” Larijani told FNA at the time.

“Ahmed Shaheed supports terrorism extensively,” he said, explaining that he has provided Iran with the name of four people claiming that they are due to be executed for their human rights activities.

“This is while these four individuals have been sentenced to death or other penalties for their membership in PJAK (Party for a Free Life in Kurdistan), they have killed people and their houses had turned into place for storing weapons,” Larijani said.

“It is a shame for the human rights rapporteur to label terrorists as human rights advocates,” he underlined.

PJAK, a militant Kurdish separatist group with bases in the mountainous regions of Northern Iraq, has been carrying out numerous attacks in Western Iran, Southern Turkey and the Northeastern parts of Syria where Kurdish populations live.

The separatist group has been fighting to establish an autonomous state, or possibly a new world country, in the area after separating Kurdish regions from Iran, Iraq, Turkey and Syria.