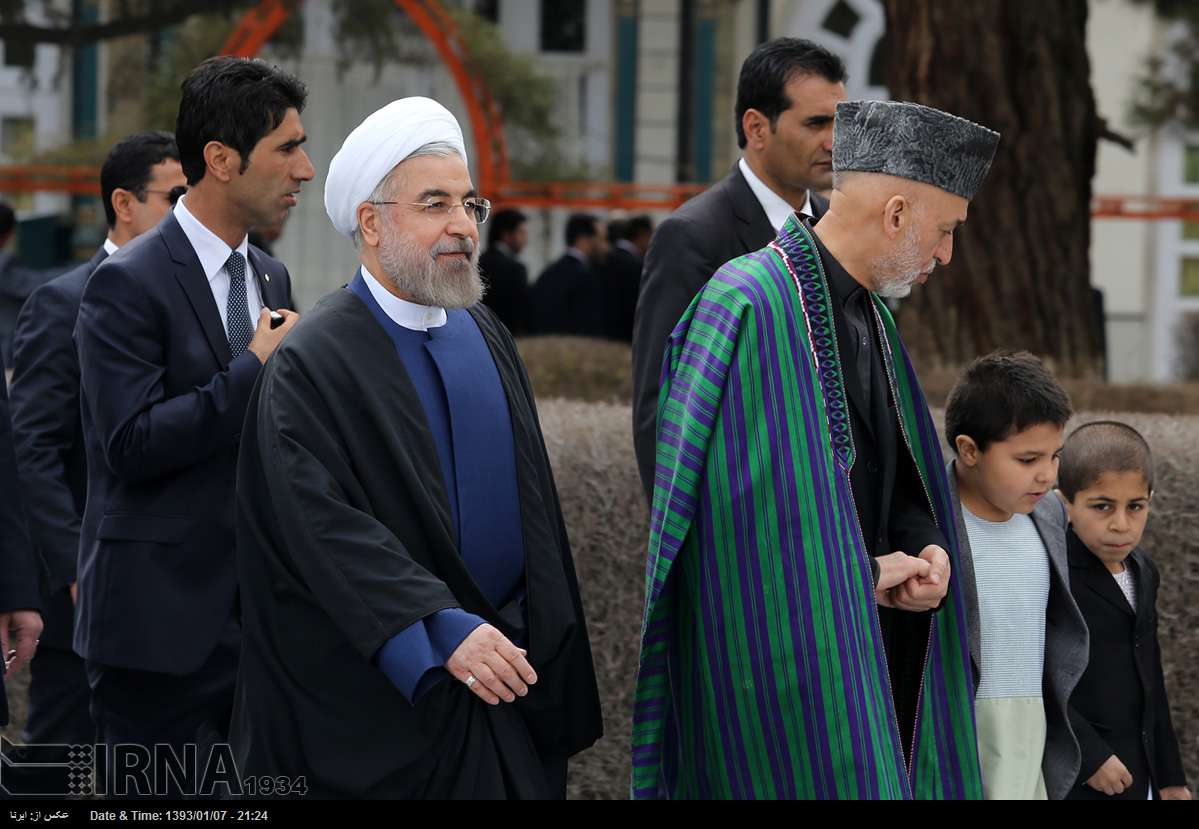 Tehran, March 28, IRNA – President Hassan Rouhani said on Thursday that during his one-day visit to Afghanistan useful issues were discussed and added that Pakistan’s president has underlined that his government will do its utmost to release Iranian kidnapped border guards.

Upon his return to Tehran, President Rouhani told reporters at the airport that in this visit good interaction took place bilaterally, quadrilaterally and trilaterally among Farsi speaking states and the other eight countries attending the meeting.

Referring to the Iran-Pakistan-Afghanistan-Tajikistan quadrilateral meeting, Rouhani explained that each of the presidents proposed their point of view, but the issue of fight against extremism and terrorism were the main issue in the meeting.

He continued that necessity of more cooperation in the field of fight against extremism and elimination of the inappropriate differences among countries of the region were among issues discussed in the meeting.

He added that terrorists and terrorist groups in the region are a big problem for tranquility and security of the people.

President Rouhani said that Pakistan’s President Mamnoon Hussein also underlined in the meeting that his government will do its utmost to release Iranian kidnapped border guards and will try to keep safe and secure borders of the two countries.

As for International Nowrouz Festival, Rouhani said that four presidents delivered short speeches and all of them underlined moderation, which is a lesson from Nowruz.

He added that they said had moderation not been existed, there would not have been any stability in the region, so our duty today is launching serious campaign against radicalism in all its different forms in the region.

He added that in the last session there was the meeting of the heads of state of Afghanistan and Iran and of their political delegations as they discussed bilateral issues.

Rouhani continued that it is for a time that the two countries are trying to reach an important comprehensive or a strategic agreement.

He stressed that border rivers were the second important issues discussed in the bilateral meeting.

The president explained that one of the issues discussed was the problem with Hamoun Lake, which is facing a problem, creating environmental problem for us. He said it should be turned to its former condition and Afghanistan government should help in this concern.

He said that to this end, an Afghan delegation will travel to Tehran next week with an aim to reach an acceptable agreement on the water issue between the two countries.

He said that we discussed economic issues with President Karzai and we said our private sector is ready to invest and work in the field of mines, if they can have guarantee for security.