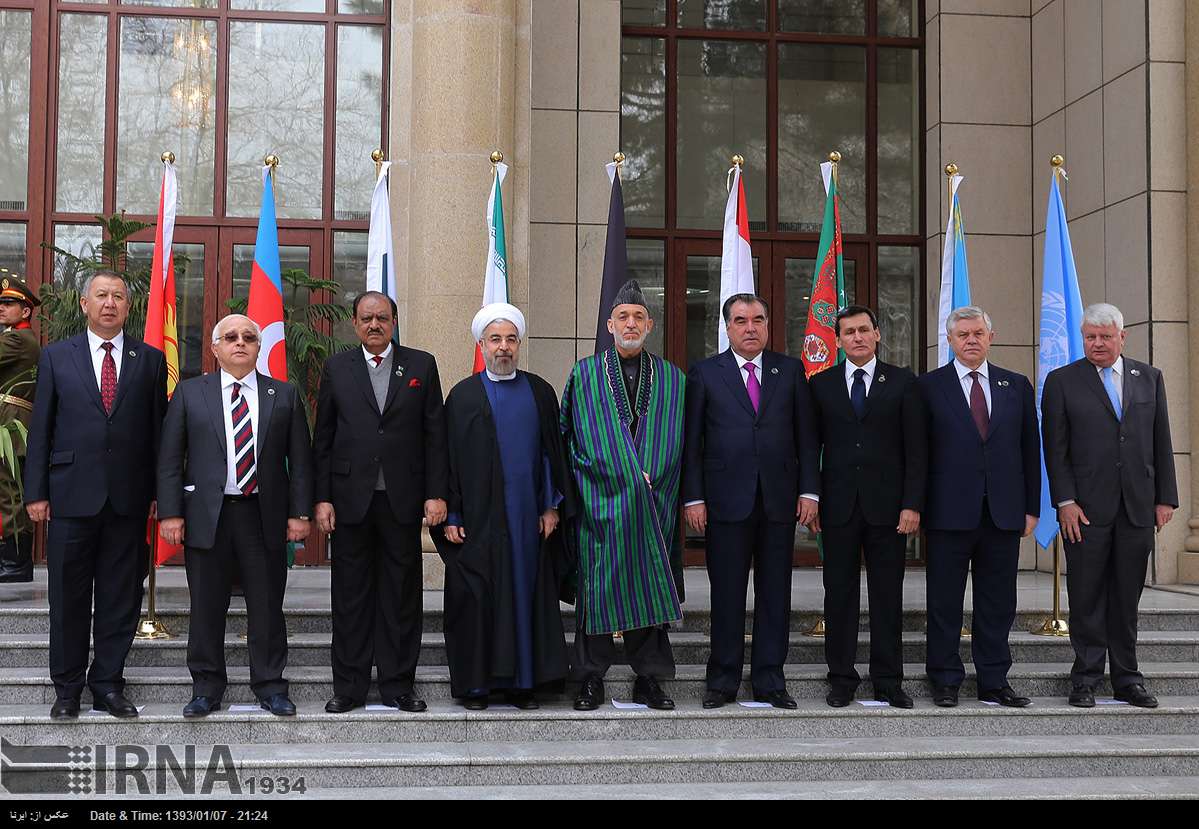 Tehran, March 28, IRNA – President Hassan Rouhani in a trilateral meeting with presidents of Afghanistan and Tajikistan said that Iran is ready to develop trade, economic and cultural cooperation with the countries of Nowruz region.

Rouhani, who travelled to Kabul to attend the Fifth International Nowruz Festivity on Thursday, underlined necessity of maintaining heritages of Farsi Language countries.

The president underlined joint cooperation among Iran, Afghanistan and Tajikistan to preserve common heritages of Farsi Language countries and underscored necessity of maintaining and expanding Persian and Islamic culture.

Referring to necessity of more convergence among Farsi speaking people in the region, Rouhani called for development of ties among countries of Farsi civilization region.

He expressed Iran’s readiness to develop cooperation in the fields of transit, railroad, transferring water and electricity and the other industrial projects in Afghanistan and Tajikistan.

Rouhani also underlined necessity of all-out fight against radicalism and terrorism and by expressing pleasure for holding Shanghai summit meeting in Dushanbe, expressed Iran’s readiness to contribute to holding the meeting there.

Tajikistan President Emomali Rahmon referred to a number of useful and effective big projects done by Iran in Tajikistan and added that Sangtoudeh Power Plant supplied electricity to tens of thousand of people in Tajikistan and Afghanistan.

He proposed establishment of an economic, investment and cultural cooperation council by the three countries.

Rahmon also proposed that next summit meeting be held in Dushanbe in summer of 2015 along with a trade exhibition.

Afghanistan President Hamid Karzai also underlined development of cooperation among the three countries in all fields.