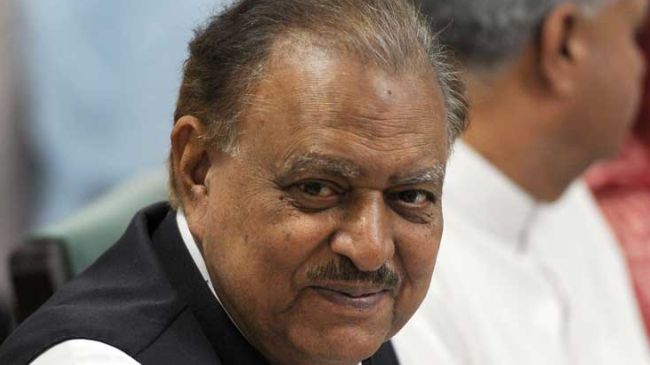 ‘The News’ reported that Pakistani President said that he made the assurance to Iranian President Hassan Rouhani, adding those responsible for abduction of Iranian guards would be duly punished.

A terrorist group, called ˈJaish-ul-Adlˈ, has kidnapped five Iranian border guards in the area of Jakigour south west of Sistan and Baluchistan Province and transferred them to the Pakistan territory.

President Mamnoon was talking to newsmen aboard a plane, returning from one-day Kabul visit, where he attended the Nowrouz Festival and participated in a session with the heads of Iran, Afghanistan and Tajikistan in addition to separate meetings with them.

The President said he emphasized upon Iranian President Hassan Rouhani that Pakistan wants to see all Muslims of the world united.

The president said the respective state heads accepted his invitation to tour Pakistan. He said in a session of the four presidents, President Rouhani raised the issue of abduction of Iranian guards and the alleged killing of one of them.

He noted that Pakistan did not allow terrorism in any form. Mamnoon said the Iranian President was convinced by his explanation.

He said he had conveyed to the Afghan and Iranian presidents that Pakistan did not want to create problems for its neighbors. “A third force is active to create differences among us,” he stated.

Earlier Pakistan’s Foreign Ministry spokesperson, Tasnim Aslam had said Pakistan would extend all possible cooperation to Iran for the recovery of the guards abducted by a militant group.

Replying to a question at her weekly briefing, she said that the dead body of a slain Iranian guard was not found from Pakistani territory.

“There are no signs of Iranian guardsˈ presence on our land. Our authorities have combed Pakistani territory in search of missing Iranian guards, however, there are no clues that they are in Pakistan,” she said.

She said Iranian President, Hassan Rouhani, and Prime Minister, Nawaz Sharif, also discussed this issue on telephone and the tone of discussion was very polite.