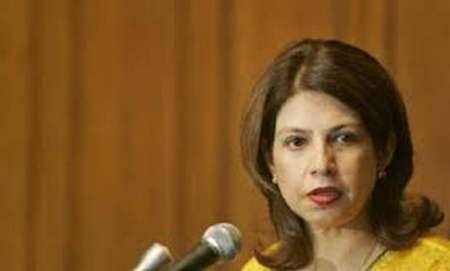 Islamabad, March 27, IRNA – Pakistan said on Thursday it would extend all possible cooperation to Iran for the recovery of the guards abducted by a militant group.

Replying to a question, the Foreign Ministry spokesperson, Tasnim Aslam, told her weekly briefing that the dead body of a slain Iranian guard was not found from Pakistani territory, which also gives the hint about other guards.

“There are no signs of Iranian guardsˈ presence on our land. Our authorities have combed Pakistani territory in search of missing Iranian guards, however, there are no clues that they are in Pakistan,” she said.

She said Iranian guards went missing at least 5-10 kilometers inside Sistan and Jaish-ul-Adl claimed the responsibility.

Regarding Indian opposition leader Narendra Modiˈs statements againt Pakistan during his election campaign, the spokesperson said it is unfortunate that Pakistan becomes an issue of election campaign in India. She said Pakistan strongly condemns terrorism in all its manifestations.

On US drone attacks on Pakistani territory, Tasnim Aslam hoped that the United States will maintain its recent policy on halt in drone strikes as they are counterproductive. She said there has been a broad international consensus against drones.

Referring to EU Parliamentˈs resolution, she said it demands from all European countries to refrain from becoming party on drone strikes.

In reply to a question regarding Bangladeshi governmentˈs directive for its cricket spectators, she said it is a matter to be looked into by the International Cricket Council. She said spectators are well-aware of their feelings and can better decide about their support for any country.