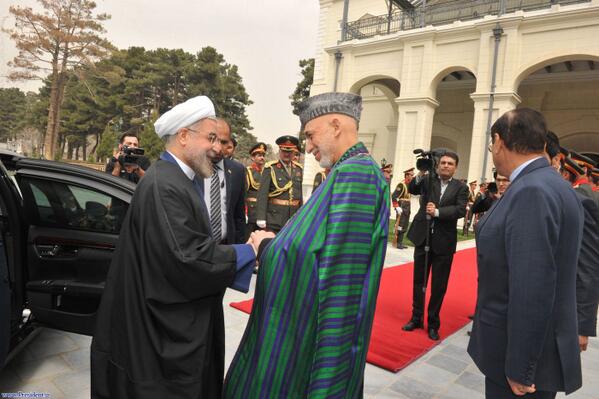 Speaking prior to his departure for Afghanistan to take part Nowruz celebration on Thursday, President Rouhani said that the region is suffering from extremism, terrorism and conflicts, underling that such meetings and  settlement of problems are beneficial for the entire region.

Rouhani, his Tajik and Afghan counterparts, in a trilateral meeting on the sideline of the Nowruz celebration in Afghanistan on Thursday, discussed the expansion of ties and the latest developments in the region.

Earlier this month, Rouhani in a meeting with Greek Foreign Minister Evangelos Venizelos in Tehran announced that Tehran is ready to cooperate with the European countries in fighting violence, terrorism and extremism.

During the meeting, President Rouhani pointed to the UN approval of his proposal on World Against Violence and Extremism (WAVE), and said, “The Islamic Republic of Iran is seriously prepared to cooperate with the European Union against violence, terrorism and extremism within the framework of the WAVE.”

The Iranian president underlined that Iran is ready to cooperate with EU on strategic issues besides economic, trade and cultural relations, and said, “Energy, transit, regional stability and security and fighting against violence, terrorism and extremism are among these issues.”

President Rouhani referred to Greece’s rotating chairmanship of the European Union, and said, “… I believe that the traditional and historical relations between Iran and the EU should be reconstructed, and this will benefit both sides.”