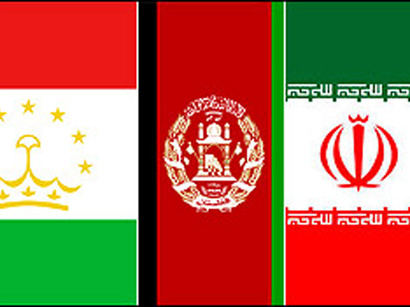 Kabul, March 27, IRNA – The trilateral meeting of the Iranian, Afghan and Tajik presidents started here on Thursday on the sideline of the Nowrouz festival currently underway in this country.

During the meeting, the Iranian President Hassan Rouhani, his Afghan and Tajik counterparts Hamid Karzai and Emomalii Rahmon respectively discussed the issues of mutual interest.

Emphasizing necessity of reinforcing Persian language, the three presidents called for expansion of trilateral cooperation aimed at safeguarding tranquility in the region.

President Rouhani is accompanied by Foreign Minister Mohammad-Javad Zarif, Vice-President Masoud Soltanifar and his cultural advisor Hessameddin Ashena in his visit to Afghanistan.

Many presidents, foreign ministers, senior officials and dignitaries from around the world attend the Nowrouz festival in Kabul.