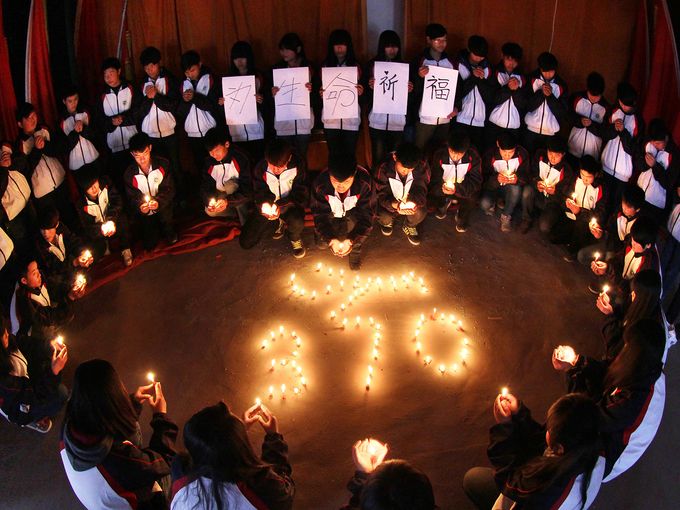 BEIJING — The multinational hunt for Flight MH370 resumed Wednesday across a remote stretch of the Indian Ocean as Australian Prime Minister Tony Abbott said authorities were “throwing everything we have” at the desperate search for the missing plane and as Malaysia said that new satellite images have identified 122 new potential plane-related objects in the water.

Hishammuddin Hussein, Malaysia’s acting transport minister, cautioned that the new satellite images supplied by France have not been linked to the missing jetliner, although they do represent a new lead, he said.

A total of 12 planes and two ships from the United States, China, Japan, South Korea, Australia and New Zealand were participating in the search, hoping to find even a single piece of the Malaysia Airlines jet that could offer tangible evidence of a crash.

Weather conditions were improved after high winds, heavy seas and poor visibility forced a suspension of the search a day earlier.

Malaysia announced earlier this week that a mathematical analysis of the final known satellite signals from the plane had proved beyond doubt it gone down in the sea, taking the lives of all 239 people on board.

The Australian Transport Safety Bureau told The Wall Street Journal on Wednesday that its engineering and aviation experts will soon leave Perth on an Australian navy vessel in an effort to identify any debris located in the search area. That development would mark the first time that air-crash investigation experts have taken part in the massive search operation.

On Tuesday, over 150 relatives of passengers on the missing Malaysia Airlines plane defied police obstruction and staged an angry protest outside the Malaysian Embassy.

At the relatives’ Beijing hotel, a larger group later clashed with the Malaysian ambassador to China, cursing and threatening him for his refusal to answer even basic questions, and his nation’s failure to provide “truth” about flight MH370 that Chinese relatives believe Malaysia is concealing.

Over two weeks of anguish and frustration climaxed Monday night when Malaysian Prime Minister Najib Razak said satellite analysis indicated the plane was lost in the southern Indian Ocean, with no survivors among the 239 passengers and crew, although no wreckage has been identified.

Since the March 8 flight from Kuala Lumpur to Beijing disappeared, with 153 Chinese citizens on board, their relatives gathered at the city’s Lido Hotel have regularly threatened to protest at the embassy against what they view as lies and incompetent search efforts by the airline and Malaysian authorities.

Despite Monday’s long-dreaded news, many relatives remained unconvinced and demand harder evidence before they abandon all hope. They turned their anger and emotion into action Tuesday, donning T-shirts that said “Pray for MH370,” and holding up placards, printed overnight, that bore slogans such as “Give us back our relatives” and “You owe me the truth.”

“Their relatives are missing. None of us can understand, and no one can blame them for reacting like this,” said Bess Zhao, 33, a teacher applying for a visa at the nearby U.S. Embassy. “There is no criminal to blame, but they have to have a target. It’s quite natural. … It’s very hard to deal with that emotion.”