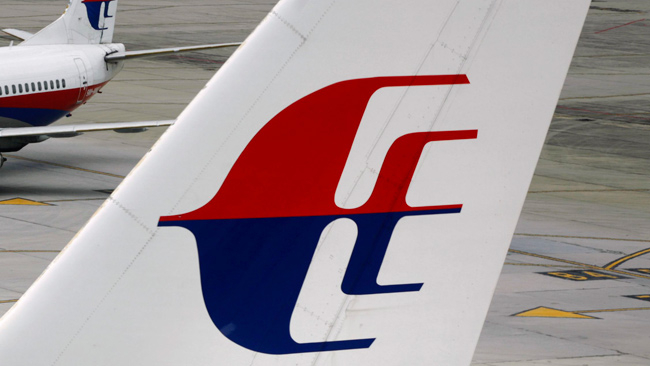 Malaysia’s transport minister says 122 new objects have been spotted, which could potentially belong to the plane that disappeared over two weeks ago.

Transport Minister Hishammuddin Hussein said in a press conference in Kuala Lumpur on Wednesday that the objects were seen in images taken on March 23 by a French satellite.

The minister added that some of the objects appear bright and are possibly of solid material.

“This is another new lead that will help direct the search operation,” media outlets quoted Hussein as saying.

Hussein also added that the information had been handed to the Australian Rescue and Coordination Center in Perth.

“A considerable amount of debris has been sighted in the area where the flight was last recorded,” Abbott told Australian parliament today, adding, “Bad weather and inaccessibility have, so far, prevented any of it being recovered. But we are confident that some will be.”

Several countries, including China, South Korea and the United States are taking part in the search operations. The search for the ill-fated plane is now underway in the South Indian Ocean.

The developments come two days after Malaysian Prime Minister Najib Tun Razak announced that the missing plane had crashed into the southern Indian Ocean and that all people on board had been killed.

Malaysia Airlines and Boeing Company are facing a potential lawsuit over the ill-fated plane. The families of the passengers of the plane lodged a petition in a court in the US state of Illinois, Chicago-based Ribbeck Law, representing the families, said in a statement on Tuesday.

The petition was meant to secure evidence of possible manufacturing and design defects that may have caused the incident.

The Boeing 777-200 disappeared on March 8 while flying from Kuala Lumpur to Beijing with 239 people on board. Two-thirds of those onboard were Chinese nationals.