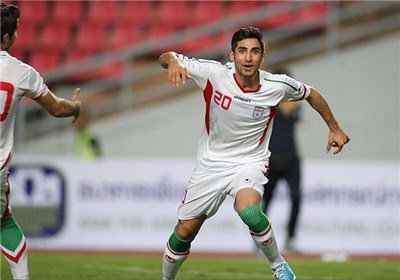 Iran could qualify for World Cup next round, Jahanbakhsh predicts

TEHRAN (Tasnim) – NEC midfielder Alireza Jahanbakhsh said that Iran’s national football team is capable of advancing to the next stage of the 2014 World Cup.

Iran has been drawn in Group F of the FIFA 2014 World Cup along with Nigeria, Argentina, and Bosnia and Herzegovina.

“I hope everything goes well for us in the 2014 World Cup. I also hope that I  will have a good performance in the World Cup if I am a member of the team in the competitions,” Alireza Jahanbakhsh told the Tasnim News Agency.

“I am dreaming of beating Nigeria in the World Cup. I think we can defeat team 2-1 or 1-0 in the tournament,” NEC midfielder added.

“I think we can qualify for the last eight. It will be possible if we work hard,” the Iranian international striker concluded.