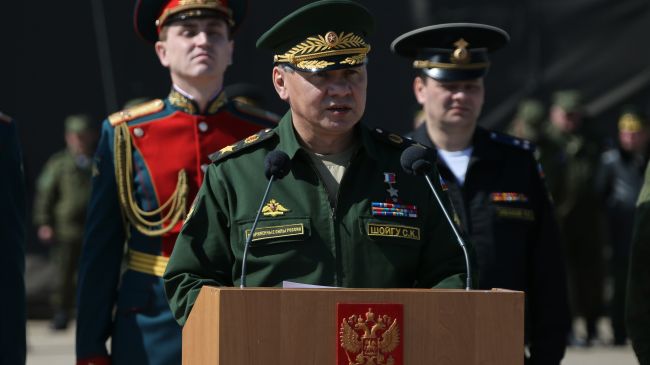 The events unfolding in the wake of Crimea’s secession from Ukraine are playing in favor of Russia, to the dismay of the United States, a commentator writes in a column for the Press TV website.

“The recent developments on the Crimean peninsula have tipped the balance against Washington,” wrote Nasser Namvar.

He said Crimea’s rejoining Russia would “expand Moscow’s sphere of influence” against the backdrop of Washington’s efforts “to maintain a secure foothold in the region.”

“Russia’s military presence on a peninsula adjacent to Ukraine where self-proclaimed West-leaning rulers are currently at the helm would indisputably pose a challenge to the interests of the US and its allies,” wrote Namvar.

He said that Crimea’s secession from Ukraine would also “curb NATO’s eastward expansion” at a time the military alliance is seeking to “deploy its forces in Russia’s backyard.”

A war of words is escalating between US President Barack Obama and his Russian counterpart Vladimir Putin over Crimea.

Crimea declared independence from Ukraine on March 17 and formally applied to become part of Russia following a referendum a day earlier, in which 96.8 percent of the participants voted in favor of the move. The voter turnout in the referendum stood at 83.1 percent.

The US and the European Union (EU) swiftly imposed sanctions on Russia following Crimea’s separation.

On March 21, Putin signed into law the documents officially making Crimea part of the Russian territory. Putin said the move was carried out based on international law.

Moscow has said the reunification of Crimea and Russia “reflected the expression of will of the absolute majority of its people,” and “must be respected.”