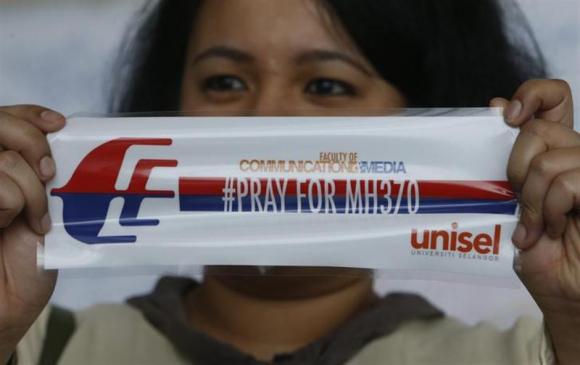 Missing jet crashed in Indian Ocean, all on board dead: Malaysian PM

The Malaysian prime minister has announced that the missing Malaysian passenger jet has crashed in the Southern Indian Ocean, killing all people on board.

The premier said the data indicated the ill-fated plane had flown “to a remote location, far from any possible landing sites.”

“It is therefore with deep sadness and regret that I must inform you that according to this new data, Flight MH370 ended in the southern Indian Ocean,” Razak said.

Meanwhile, Malaysia Airlines has sent a text message to relatives of people onboard the missing jet that the plane went down in the Indian Ocean with no survivors.

The new development on the fate of the aircraft comes as international forces are looking for two objects spotted by satellite images 2,500 kilometers southwest of Perth.

Flight MH370 with 239 passengers and crew vanished from radar screens early on March 8, less than an hour after taking off from Kuala Lumpur on a scheduled flight to Beijing.

At least 150 Chinese citizens were on board the missing plane.