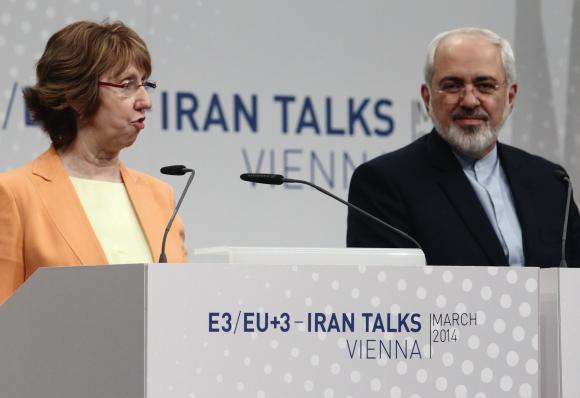 (Reuters) – Positions between Iran and world powers diverge widely in some areas but Iranian negotiators seem “very committed” to reach an agreement on the country’s disputed nuclear program, a senior EU official said in an email seen by Reuters on Thursday.

The brief email from Helga Schmid to senior officials of EU member states was written after a meeting between Iran and the United States, France, Germany, China, Russia and Britain in Vienna on Tuesday and Wednesday.

Schmid is the deputy of EU foreign policy chief Catherine Ashton, who is coordinating talks with Iran on behalf of the six nations. The negotiations are aimed at reaching a final settlement to a decade-old stand-off over Iran’s atomic activities, which Tehran says are peaceful but the West fears may be aimed at developing a nuclear weapons capability.

In this week’s meeting, Iran and the powers locked horns over the future of a planned Iranian nuclear reactor that could yield plutonium for bombs, and the United States warned that “hard work” would be needed to overcome differences when the sides reconvene on April 7.

This line was echoed in Schmid’s email.

“Since we are at an early stage of the final and comprehensive negotiations, we still have a lot of work ahead of us. On some areas, positions differ widely,” it said.

“However, the impression is that the Iranian negotiators remain very committed to reach a comprehensive solution within the agreed 6-month period,” Schmid added. She was referring to a late July deadline for a long-term deal agreed in an interim accord struck in November.

The meeting in Vienna was the second in a series that the six nations hope will produce a verifiable settlement, ensuring Iran’s nuclear program is oriented to peaceful purposes only, and lay to rest the risk of a new Middle East war.

“In terms of understanding and clarification, Vienna-2 was among our very successful round of talks … extremely beneficial and constructive,” it quoted Zarif as saying.

The two sides sought to spell out their positions on two of the thorniest issues: the level of uranium enrichment conducted in Iran, and its Arak heavy-water reactor that the West sees as a possible source of plutonium for bombs.

The next meeting was then set for April 7-9, also in the Austrian capital.

The over-arching goal is to transcend mutual mistrust and give the West confidence that Iran will not be able to produce atomic bombs while Tehran – in return – would win full relief from economic sanctions hamstringing the OPEC state’s economy.

Iran denies that its declared civilian atomic energy program is a front for developing the means to make nuclear weapons. But its restrictions on U.N. inspections and Western intelligence about bomb-relevant research have raised concerns.