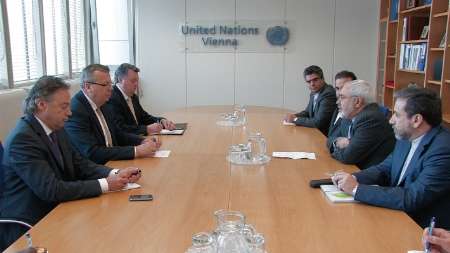 Fedotov said that according to the drug discovery statistics, Iran is on top of the list and underlined Iranˈs effective role in fight against drug smuggling and appreciated its actions in that concern.

Zarif, who is in Vienna to attend the second round of nuclear talks between Iran and the G5+1, explained Iranˈs activities in that concern.

Referring to relations between drug smuggling and the phenomenon of extremism and terrorism, Zarif underlined the important role of the UNODC and also necessity of cooperation between different countries in that concern.