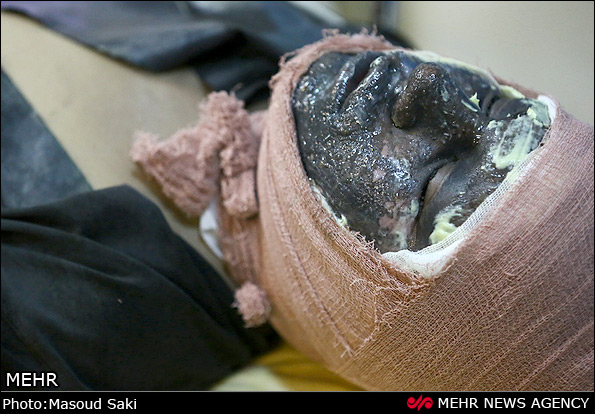 Tehran, YJC. Tuesday evening’s bonfire has taken its toll of the year as all previous years.

Head of the Public Relations of the Health Ministry’s Treatment Department said that 148 have been injured playing with fire on Tuesday evening.

Every year Iranians celebrate the last Wednesday of the year. The bonfire starts late Tuesday and is pursued the following day by firing firecrackers, setting up fire, and flying sky lanterns. The occasion is called Charshanbeh Suri.

Arezoo Dehghani in interview with Mehr News Agency added “By 22:30 tonight the Charshanbeh Suri wounded 148 people, 51 of which were released with outpatient treatment and 97 were transferred to hospitals.”

She further stated that hospitals and emergency services are kept on duty.

More recent reports say that two people have died from wounds inflicted during the bonfire.