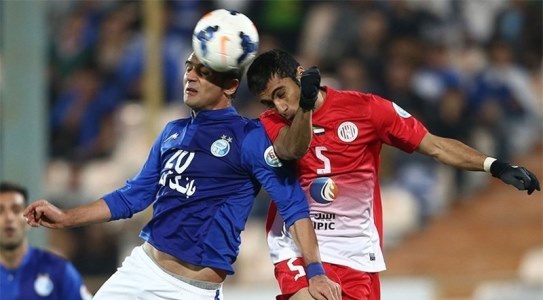 TEHRAN (Tasnim) – Iran’s Esteghlal football team was held to a 2-2 draw against Al Jazira of the UAE in Group A of the Asian Champions League.

The Moroccan gave a lead to the visiting team just six minutes into the match.

Afterward, Esteghlal put Al Jazira under pressure and Mohammad Ghazi found the back of the net with a header in 17th minute.

Barrada was on target once again in the 56th minute. Nine minutes later, Hanif Omranzadeh scored with a header from a corner kick.

Esteghlal was dominant in the last 30 minutes and created several chances but its strikers wasted their chances.