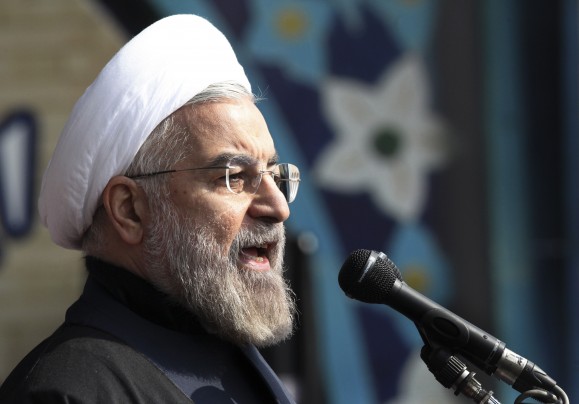 If you edited a “reformist” newspaper in Iran in the late 1990s, you bolted wire mesh screens to your windows to deflect grenade attacks and ringed your office with a wrought-iron fence with sharpened tines.

Back then, reform-leaning journalists were the frontline of a political and cultural war in Iran. As title after title was shut down, newsrooms were regularly assaulted by hard-line vigilantes.

The clash continues in the new era of centrist President Hassan Rouhani, but its character has changed. The reformist Shargh newspaper has no sign marking its offices, but it also has no anti-grenade screens.

“At that time there were plainclothes pressure groups, hardliners were prevalent, and reformists were radicals,” says Davood Mohammadi, the chief editor of Shargh. “Now both sides have changed. Now hardliners accept critics and do not attack newspapers in the same way…they calculated the cost of those actions.”

The fate of newspapers is one window into Iran’s larger political stand-off. Mr. Rouhani, who defeated a raft of conservative rivals last June, wants more open publishing. Fundamentalists reject that and want to deny Rouhani any victory.

“[Conservative] critics want Mr. Rouhani to solve the nuclear issue, but make no other changes,” adds Mohammadi. “But the people want to see developments in the nuclear and other issues. The battle starts here: [critics] want to suppress the press; the government wants to open it.”

Iran’s reformists have matured in their expectations. They’ve shifted from the demands for fast, radical change of the past – which provoked the hard-line backlash more than a decade ago – to recognizing that change must be gradual if it is going to stick.

Mr. Rouhani has heeded the lessons of that earlier era under reformist President Mohammad Khatami, says the Shargh editor. “That experience showed that the popular will is not enough, that you should have some [institutional] capability to make changes.”

But powerful political backing is not enough either: The eight-year presidency of arch-conservative Mahmoud Ahmadinejad also failed, despite its backing by parliament and the powerful Revolutionary Guard.

“It shows that even the political structure [alone] is not enough to succeed; popular support is a key to success,” says Mohammadi.

Reformist newspaper offices no longer need to be fortresses, but the media is still under attack. Two hard-line publications have been shut down by the press supervisory board for their loud criticism in recent months, the latest just today. But a pro-Rouhani newspaper has also been shut down, for the technical issue of using the word “inhumane” in reference to Islamic law.

The new closures may raise issues about media openness, but are far removed from the physical attacks of the past.

“The atmosphere has not changed, the pressure continues [under Rouhani], but our spirit has been boosted,” says Maziar Khosravi, the political editor of Shargh who was held at Evin prison in 2009 and 2010, for a total of more than four months. “We hope. This is a [media] revolution of hope.”

But Rouhani’s promises of openness require a balancing act.

“He knows that one action is worth 1,000 words, so he must concentrate on these actions, because if [Rouhani] fails to keep his promise, he knows it will dishearten the people…and that frustration is dangerous,” Mohammadi says.