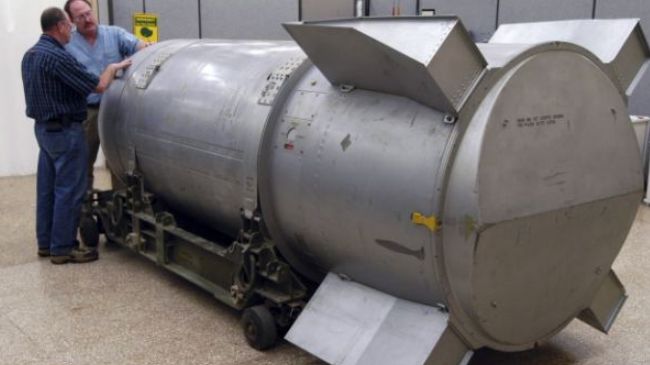 An Iranian lawmaker has warned of the threat of nuclear weapons, urging nuke-armed countries to fulfill their global obligations to eliminate their arsenals.

Hossein Sobhani-Nia, a member of Iran’s Majlis Presiding Board, made the remarks on Tuesday during his speech at the Standing Committee on Peace and International Security of the Inter-Parliamentary Union (IPU), which focuses on the contribution of parliaments towards a nuclear-weapon-free world.

The 130th Assembly of the Inter-parliamentary Union (IPU) opened on Monday in Geneva, Switzerland and will wrap up on Thursday.

Established in 1889, the Inter-Parliamentary Union works in close contact with the UN for promotion of peace and cooperation among states, and establishment of democracy.

The Iranian legislator said that nuclear-armed countries are planning to spend hundreds of billions of dollars on the renovation of their nuclear arsenals in the future irrespective of their international obligations to eliminate their nukes.

“The existence of thousands of nuclear weapons still poses the greatest threat to global security and human civilization, but nuclear-armed countries still insist on maintaining their nukes and their policy of nuclear deterrence,” he said.

He added that legislators of nuke-armed countries can contribute to nuclear disarmament by passing laws that would oblige their respective governments to reduce and eliminate their nuclear stockpiles.

The US and Russia have the world’s largest nuclear weapons stockpiles. Israel is also widely believed to have as many as 400 nuclear warheads, but maintains a policy known as “nuclear ambiguity” and refuses to sign the Non-Proliferation Treaty.

The United States was the first country to develop nuclear weapons, and is the only country to have used them against another country.