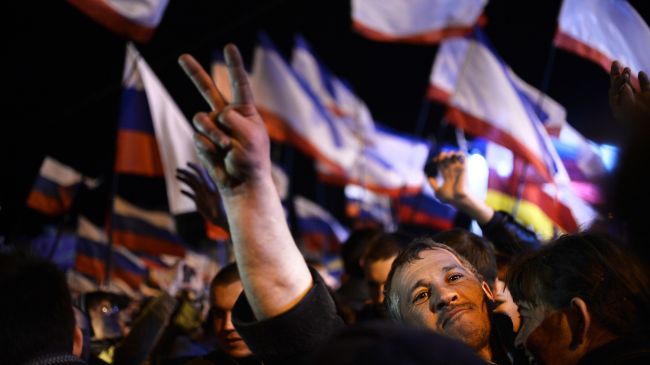 Iran’s ambassador to Russia has called for a “peaceful” settlement of the political crisis in Ukraine, saying unilateral sanctions are not a proper means to address such issues.

Mehdi Sanaei pointed to the bans recently imposed by the US and EU against a number of Russian, Crimean and Ukrainian individuals and said “unilaterally-imposed” sanctions are an improper way to deal with crises, Russia’s Interfax news agency reported on Monday.

The Iranian envoy further called for a “peaceful” resolution of the crisis and said a “dialogue between all sides is the most optimal way to resolve the issues that arise in a region or on the international arena.”

“Normally, the issues that arise must be resolved precisely by the countries that are part of that region,” added Sanaei.

On Monday, the European Union foreign ministers agreed to impose sanctions, including travel bans and asset freezes, on 13 Russian nationals and 8 people from Crimea.

The White House also ordered similar measures in the wake of a referendum in Crimea. The US sanctions apply to 11 individuals, including two top advisers to Russian President Vladimir Putin, as well as to ousted Ukrainian President Viktor Yanukovych.

The Crimean peninsula declared independence from Ukraine on Monday and formally applied to become part of the Russian Federation following the referendum, which was held on March 16 and in which 96.8 percent of Crimeans voted in favor of the secession.