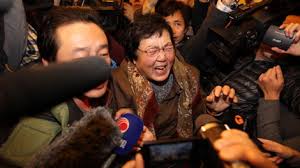 UN says it detected no crash or explosion

While seismic systems used by the Vienna-based Comprehensive Nuclear Test Ban Treaty Organization are intended to detect nuclear explosions, they’re also capable of picking up “the explosion of a larger aircraft, as well as its impact on the ground or on water,” Stephane Dujarric, Secretary-General Ban Ki-moon’s spokesman, told reporters in New York.

But tests over the weekend had confirmed that “neither an explosion nor a plane crash on land or on water had been detected so far,” Dujarric said Monday.

The organization’s executive secretary ordered that all its sensors be used to try to find the plane, and he encouraged scientists from around the world to “carefully study the available data,” Dujarric said.