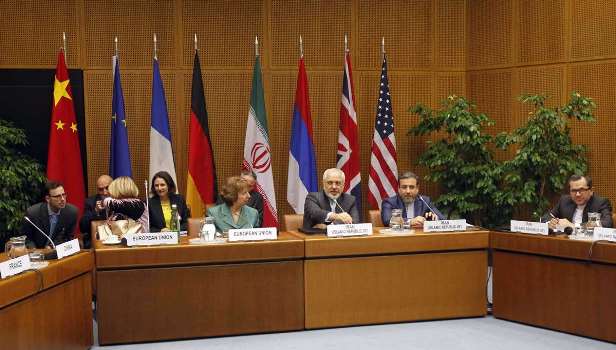 Iran nuclear talks: What each side wants

Another round of talks between world powers and Iran begin in Vienna this week. Today, both sides want a deal, and fast. The positive atmosphere that characterised the recent rounds will likely endure. Gone are the days of “procedural nonsense,” according to a European negotiator, replaced by “frank discussions.” But there remain significant obstacles to a final nuclear agreement. It is unlikely that anything ground-breaking will be achieved in this round of talks. Instead, parties will explore areas of possible convergence and make steady progress towards a potential final deal.

All negotiations are about what parties want and how much they can compromise. Both sides are painfully aware of the downsides of no agreement. In the words of a participant at a recent workshop hosted by the International Institute for Strategic Studies, the best alternative to a negotiated agreement is in this case “very bad” — likely, more sanctions and an Iran closer to a rapid breakout capability. This is why there is a strong incentive to explore areas of potential agreement.

What does each side want? The P5+1 want substantial reductions and the dismantlement of some of Iran’s nuclear program. The main issues of concern are Iran’s enrichment capacity, its Arak heavy water (HWR) reactor and the past possible military dimensions of its program. Iran however, aims to preserve as much of its program as possible, and perhaps even expand its capacity. It wants (preferably total) sanctions relief and a clear guideline on the duration of the final agreement. So far, this doesn’t bode well.

Former US official Bob Einhorn encourages negotiators to focus on Iran’s “practical needs”. The November 2013 Joint Plan of Action (JPA) called for a “mutually defined enrichment programme with mutually agreed parameters consistent with practical needs”. The P5+1 believe that Iran’s enrichment needs for a civilian nuclear program can largely be met through foreign supply and that Tehran does not need to enrich on its soil. But after years of political and economic investment into enrichment, Iran can’t just forgo it. The P5+1 demonstrated their understanding of this conundrum when they stopped asking for enrichment to be fully suspended and accepted it on Iranian soil. The trick now will be to find enough common ground over lengthening Iran’s breakout time by addressing the number and efficiency of centrifuges, while meeting Iran’s current and future needs. Iran repeatedly insists that dismantlement is not on the agenda. Whether that is accurate or part of pre-negotiation posturing, exploring P5+1 condoned research and development into advanced centrifuges as an additional sweetener could make Tehran more amenable to such roll-backs.

The Arak HWR also poses a proliferation concern because of its ability to open up the plutonium route to a bomb for Iran. Despite requiring a reprocessing plant, which Iran does not have and so far does not intend to build, the P5+1 have made it clear that maintaining it in its current form is unacceptable. Iran’s nuclear chief, Ali Akbar Salehi spoke of the country’s willingness to modify the reactor to produce less plutonium to allay Western fears. But the true test is whether the P5+1 can coax Iran to allow the modification of Arak into a light-water reactor. Once again, the P5+1 seem to be exploring positive incentives to address this.

One area of greater agreement is over transparency and verification. Iran insists it is prepared to accept intrusive verification measures to prove the “peacefulness” of its program. In fact, it already did so under the JPA. But the Additional Protocol (AP) is a difficult sell back home. Iranian negotiators are prepared to implement some of its safeguards as long as it’s not branded as such. Iran is also adamant that the scope and duration of these measures must be clearly defined.

This brings us to another important part of these talks: rhetoric. Today more than ever, there seems to be an understanding on both sides about what the other faces back home. Iran knows that US President Barack Obama walks a fine line on these negotiations when it comes to Congress, while the West is clearly more perceptive of the difficulties posed by the hardliners in Tehran and Iran’s need to save face. The P5+1’s willingness to accept suggestions such as implementing intrusive verification measures without naming the AP or framing talks in terms of modernising the Iranian program rather than dismantling it demonstrates this. Some officials recognise the need to ignore Iranian rhetoric, knowing full well that like in the West, the most uncompromising statements are often intended for a domestic audience.

The road to a final agreement is long and complicated. Anything from a small statement by an Iranian or American hardliner to Russian disengagement from the negotiations because of the crisis in Ukraine could derail the talks and take us back to square one. But we keep forgetting how far we’ve come in so little time. A year ago, no one would have thought that Supreme Leader Ali Khamenei would embrace a more moderate president or that he would agree to an interim deal constraining Iran’s nuclear program. Today, both sides are negotiating wholeheartedly. What they want has not changed. What has changed is how much they want a final solution.