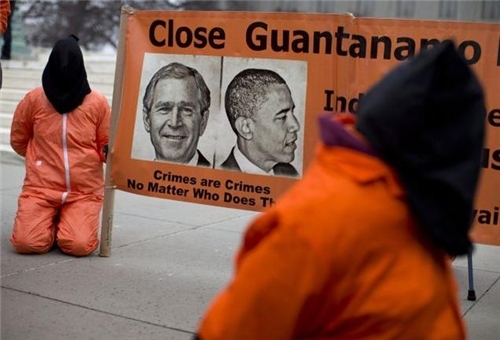 Iran and China are saying that the US is guilty of violating basically all human rights. In two separate reports, vivid examples are given on how the US breached human rights, from implementing inhumane prison standards to forcing children to work. In the first report, consisting of 30 pages, Iran exposes the US for its numerous human rights violations. The documents created by Iran’s Basij militia puts into question America’s role as the self-named protector of human rights, placing the blame on Washington for a series of unnecessary abuses.

The United States is day-in and day-out breaching human rights by using a variety of different approaches, according to the report. Such violations include administering death penalties, violating the rights of prisoners, racially discriminating, breaking privacy rules, impeding free speech and violating the rights of indigenous people. Iran feels strongly about the US’ direct violation of citizens’ liberties.

With over two dozen pages in the report, it pushes the guilt on Washington for being hypocritical. While America likes to use human rights as a tactic to wage war on other nations, it violates those exact same rights in its own backyard.

“Although the United States of America claims to be a protector of human rights around the world, and each year assesses the HR situation in each country, it remains to be asked where its own situation in terms of respecting and protecting Human Rights is,” the report states, which has been published in Arabic, English, and Farsi.

“As soon as we all hear the phrase ‘human rights,’ the painful memories of Abu Ghraib, Guantanamo, and Bagram prisons remind us of the human rights violations committed by the US government,” the report states, referring to US military scandals involving prisoners under its supervision.

Basij’s report makes reference to particular cases in the US where rights were violated time and time again. The documents made mention of Edward Snowden, the ex-NSA contractor who told confidential secrets about the NSA to multiple media agencies. “The American Civil Liberties Union documents show that… (US) security agencies widely intercepted American citizens’ phone calls in 2013. Many of these actions were carried out without a court order,” the report highlights.

Objection was also shown toward the US military court ruling on Bradley Manning, who was given a 35-year sentence behind bars. Manning, a young American combatant, was taken into custody in 2010 for exposing top secret documents on WikiLeaks, a whistleblower organization. Iran comments on the event by stating that watchdog group Amnesty International has asked for his prison release on several occasions.

Violating the privacy of Muslims by the New York Police Department (NYPD) and other law enforcement agencies is another issue that Iran is concentrated on. “For over a decade, the NYPD’s Intelligence Division has targeted Muslims for discriminatory surveillance based on nothing but their faith, spying on them in their places of worship, businesses, and even homes.” the report from Iran says.

“The NYPD’s biased spying program constitutes a clear violation of the civil rights of innocent Muslims, who are viewed as suspect and stigmatized by the very authorities charged with protecting them,” the report adds.

Though, Iran is not the only country which has voiced its concerns about the US’ constant violations. The State Council Information Office of the People’s Republic of China published a report titled “Human Rights Record of the United States in 2013” on the last day of February this year. Its lengthy report covers the many different ways the US should be ashamed of its past actions and future intentions.

Yet another shocking discovery is that there are large numbers of child laborers in the farming sector spread throughout the states. The report claims that the children’s physical and mental health were severely damaged due to the illegal workload they had been forced to finish.

As stated in the report from China, a survey issued out by the National Institute for Occupational Safety and Health found that 41,310 minors under the age of 16 were hired to work on a farm in the US. However, it is believed by a representative for the Children in the Fields Campaign that around 400,000 to 500,000 children were stuck working on a farm in 2012 alone. Chores such as operating machinery and pesticide spraying have directly put kids’ lives at risk. These few examples are just one of the many noted on. The entire report can be found on the site, Global Research.

It remains unclear as to whether or not the US will fully recognize the severity of its past actions in these two reports. With the loads of human rights violations the land of the free has already executed, it has not made moves to apologize for its wrong doings or for that matter change its policy standards so they are more humane, and less barbaric in nature.