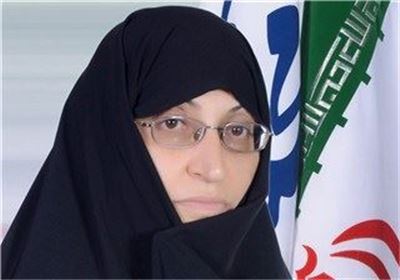 She made the remarks in a press conference about his visit to New York during which she attended the 58th session of the Commission on the Status of Women.

“The international community has some misunderstandings about status of Iranian women, the Islamic culture and the women’s active presence in social services.”

“The Iranian delegation did its best to clarify the real picture of Iranian women to the world.”

The MP called her meetings with foreign delegations in New York as constructive.

She noted that “The Iranian suggestion to the UN women commission to honor family values and give orientation to women in the context of family was welcomed by the member states.”

Iranian parliamentary delegation had a visit to New York last week during which they attended the 58th session of the Commission on the Status of Women.

The Iranian delegation was headed by Vice-President for Women and Family Affairs Shahindokht Molaverdi. She was accompanied by two female members of the Iranian parliament (Majlis) Halimeh Aali and Laleh Eftekhari.

Meanwhile, the members of the Iranian delegation held separate meetings with parliamentarians of Mexico, Indonesia, Sudan and Gambia as well as the vice-president of the Italian Senate and the Indonesian minister of Women’s empowerment and child protection.