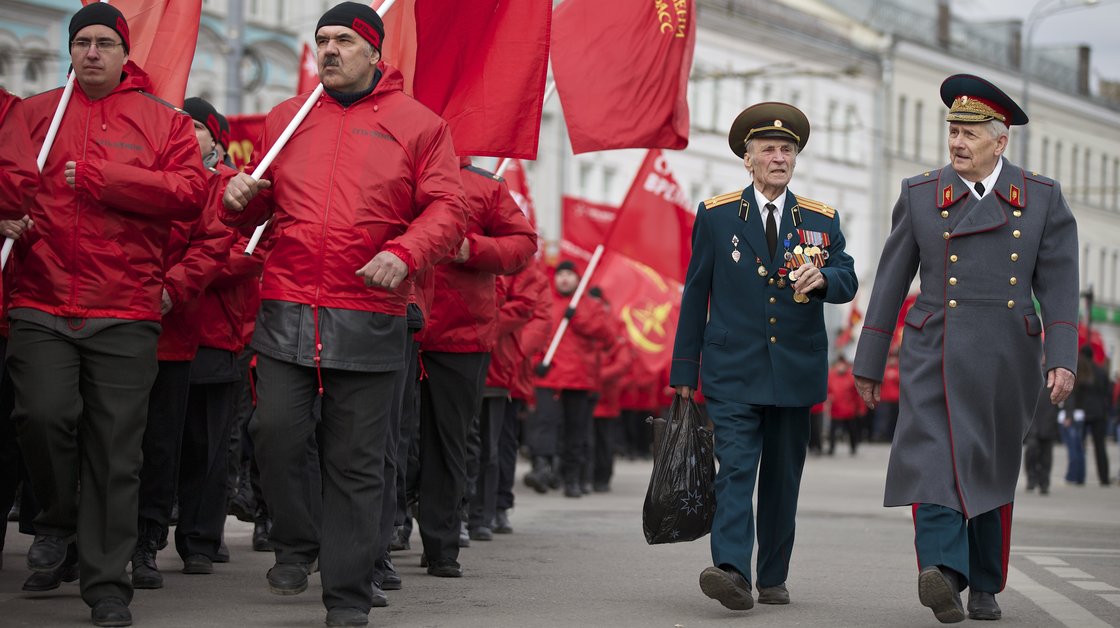 Russia has vetoed a U.N. Security Council resolution that would invalidate Sunday’s referendum in Crimea. In Moscow, demonstrators and military veterans march in support of the Kremlin Saturday; nearby, a large march was held to protest Russia’s policies.

The Russian parliament is set to pass legislation that allows Crimea to join Russia in the near future, as final results from a referendum show nearly 97 percent of Crimeans having voted in favor of breaking away from Ukraine.

Sergei Neverov, the vice-speaker of the Russian State Duma, made the announcement on Monday, as the results showed that the Crimeans have voted overwhelmingly in favor of seceding from Ukraine to join the Russian Federation.

Neverov added that the outcome of the referendum “vividly demonstrated” that the residents of Crimea “see their future exclusively within Russia.”

“The high voter turnout and the vast support for Crimea’s accession to Russia speak for themselves. This is the answer to those who have been recently trying to obstruct Crimean residents’ decision on their fate, their future and the future of their children,” said Neverov.

Meanwhile, Crimea’s Prime Minister Sergiy Aksyonov said in a tweet Monday that the final results of Sunday’s referendum showed that 96.6 percent of the Crimeans have voted in favor of breaking away from Ukraine.

According to Mikhail Malyshev, the head of the referendum commission, nearly 83 percent of the electorate took part in the vote.

The Sunday referendum followed weeks of tension between the West and Russia over Crimea.

The United States and the European Union have rejected the referendum, which they say is against Ukraine’s constitution and international law. Russia says, however, that the people in Crimea have the right to self-determination.

Following the vote, US President Barack Obama told Russian President Vladimir Putin that Crimea’s secession from Ukraine to join Russia “would never be recognized” by Washington.

EU foreign ministers are meanwhile set to meet later on Monday to discuss imposing measures, including visa bans and asset freezes on those involved in Russia’s actions over Crimea.